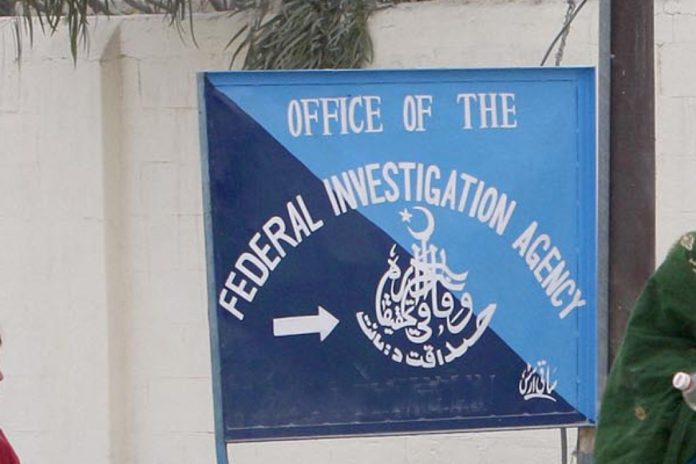 According to details, the FIA’s Corporate Crime Circle detained three officials of CAA and a citizen, allegedly involved in illegal allotment and grabbing of land of the authority, measuring nine acres.

In two cases registered with the FIA regarding illegal allotment of CAA land, 32 accused, including officials of Board of Revenue Sindh, CAA, and other departments, are nominated.

The FIA’s Corporate Crime Circle has constituted teams for arrest of the nominated culprits.

According to Dawn, the FIA investigated the matter and found that the boundary of the CAA’s land at Karachi’s Jinnah International Airport (JIAP) was shifted multiple times over the years in connivance with CAA and revenue department officials as the demarcation maps of the land were made many times on the basis of mala fide intentions to encroach the property.

The FIRs state that the process of land acquisition for the airport was initiated in 1976 and the property, comprising 78 acres of private and 209 acres of state land, was allocated to the CAA in 1983.

Afterwards, demarcation maps of the property were devised in 1983, 1995, 2000, 2008, 2012 and 2019. Multiple changes in the demarcation maps showed that the relevant revenue officials had been changing the boundary of the land with “mala fide intention” to pave the way for the “illegal creation of new survey numbers” and “illegal relocation of survey numbers”, allegedly to usurp the property.

“Zareen Gul Durrani, the then JIAP estate officer, Jahanzeb Khan and Mohammed Ali, the then senior surveyor at JIAP, have signed the said fabricated demarcation maps and also issued an NOC (no-objection certificate) without concurrence from the law officer and approval from the competent authority,” the FIRs said.