Commitments were not made at Glasgow 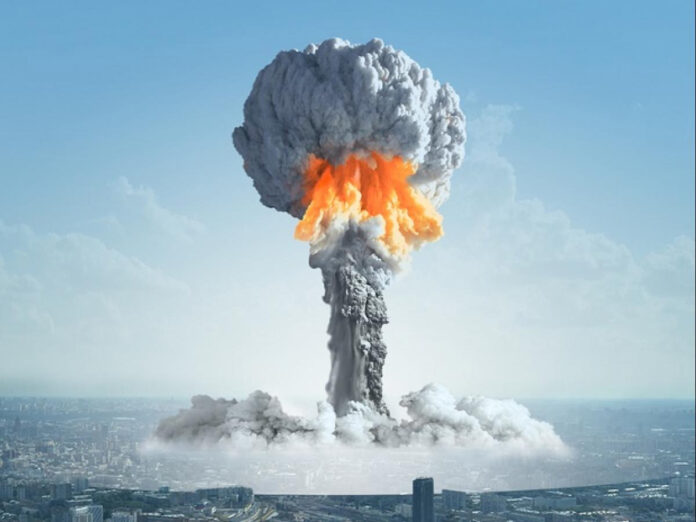 Developing countries are the biggest victims of the catastrophic response or situation that has arisen to global climate and climate change due to continuous environmental pollution. However, in most cases, developed countries are not coming forward to save the developing countries from the plight caused by the industrialized countries. In this case, the tendency to donate knowledge more than money is seen more in the western industrialized countries or superpowers. That’s why Greta Thunberg, a young Scandinavian environmentalist, called the COP-26 World Summit in Glasgow, UK, from October 31 to November 12, a “Global North Green Wash.” Which has a general Bengali connotation, the green bleaching of the industrialized north. What has been achieved is too late is very insignificant. Although the rulers of China and Russia did not attend, it was attended by leaders of 200 countries and a large contingent of 20,000 delegates.

There is no denying that the current climate and the magnitude of climate change in the world have prompted them to come together this severe winter. Leaders and environmentalists in the world’s least developed, developing and especially small and large islands say that if the current global temperature rises slightly above the record 2.5° C last May, it will be a sure death warrant for them. This will increase the impact of droughts, wildfires, tidal surges, floods, and other natural disasters. Many archipelagos or lowlands will be submerged due to the rising sea level and water levels.

Temperatures rose significantly in West and North Asia and North Africa in the middle of this year. This trend has been on the rise for the last few years. Its effects are beginning to be felt, even in one or two areas of Canada, from the western USA. In the middle of this century, the amount of global damage caused by various natural disasters due to climate and climate change due to environmental pollution could increase to $7.9 trillion every year. In that case, what will the least developed, developing countries and backward island nations stand? Even now, it was difficult to get $100 billion a year in aid from the industrialized nations for the COP-27.

Adequate assistance from the private sector is therefore desirable to assist the least developed, developing, and island nations. In addition, there is a need to take more stringent measures to protect the climate and the environment. Otherwise, the difficult development efforts of the above countries will be ruined by the natural calamities and the curse of poverty is likely to spread among them. The developed world cannot be at ease in that. Because it will increase the tendency or fear of the landless and helpless poor to become refugees.

The COP-26 was held in Glasgow with the aim of achieving four goals. The most notable of these was lowering the global temperature 5ncrease to 1.5 °C by the middle of this century and not allowing it to rise to 2°C under any other circumstances. Environmentalists say that managing global temperatures at the pre-industrial level will go a long way in protecting the world from weather and environmental disasters. The global temperature rise must be kept below at least 1.5°C. Scientists have repeatedly warned that there is no alternative to controlling environmental pollution and controlling temperatures to control natural disasters such as floods, cyclones, droughts, tidal surges, and eruptions that are constantly disrupting human society and development. In this case, it is recommended to take strict measures to protect the forests of the world and to prevent the emission of methane gas.

Governments of all countries, industries, and businesses must come forward to contribute to COP-26’s declared environmental fund or else no military or nuclear power will be able to save world humanity from the catastrophe that is about to come. It should not be forgotten that environmental pollution or catastrophe is far more deadly and destructive than nuclear power.

A hundred countries of the world have agreed to keep the temperature rise to 1.5°C within the mentioned period. They have agreed to stop deforestation and reduce methane emissions by 30 percent by 2030. It has been asked to reduce greenhouse gas emissions to zero between COP-26 and 2050. Almost all the industrialized countries of the world use coal for energy production, which has been identified as the deadliest in terms of environmental pollution. Many countries, including China, Russia, and India, have failed to deliver on their promises to reduce coal use by 80 percent by 2030. China alone contributes 30 percent to the world’s pollution. However, it did not agree to reduce it within the stipulated time. China has stated that it will not invest in coal-fired power generation in the future, but has made no promises to stop it at home.

The COP-26 Glasgow Conference, organized between the UK management and the UN framework, called for zero carbon emissions by 2050, China and Russia said they would reduce their carbon emissions to zero by 2060, but India said it would not be able to achieve its targets until 2070. It has indigenous coal. Apart from that, it uses coal for fuel production. Besides, it does not have adequate alternative arrangements.

The USA is the only country announcing it will reduce its carbon emissions to zero within the mentioned period. The UN says OECD members should stop using coal by 2030 and lock up coal-fired power plants by 2040. However, China, Russia, India, and Brazil, the world’s largest coal-consuming industrialized nations, have already stated inability to reduce carbon emissions. The USA and the UK are the only exceptions. Although Germany has agreed to the COP-26 goals, it has said it will not meet them in time.

The COP-26 summit failed to secure a $100 billion aid package to protect underdeveloped, developing, and small island nations from climate change or natural disasters as a result of environmental pollution. However, the UK, the conference host country, seems to be very sincere. Because British Prime Minister Boris Johnson wants to be remembered in history for leaving the EU, and for a fruitful environmental conference. Along with him, US President Joe Biden has also been praised and applauded for bringing his country back to the Paris Agreement.

But who caused this disaster, humiliation, and suffering? At home and abroad, that is, internationally, the government and the industrialists or the rich owners of the factories have to think about those unfortunate people. We need to understand why the people of the backward countries around the world are suffering. Only then will it be easier to raise $100 billion a year.

Nuclear energy has not yet become cost-effective. Apart from that, neither solar nor wind power generation has become available worldwide in low- and middle-income countries. Therefore, in order to move towards a totally dependent energy system, the people of the least developed and developing countries need to be helped and assisted at the governmental and non-governmental levels worldwide.

In addition to the richest countries in the world, regular grants from large industrial, banking, and other commercial organizations will have to come up with part of the $100 billion funds mentioned in COP-26. The contribution of those who are causing the most damage to the environment should be the most significant.

But in reality, it is the complete opposite. Several countries, including China, Russia, India, Brazil, Europe, and the USA, have contributed the most to environmental pollution. They are not poor countries. They have a large amount of trade worldwide. So should their contribution to environmental and climate development be large.

Anyone would be surprised to know in detail the military budgets of the world’s superpowers. The military budgets of the USA, China, Russia and India surpass all other sectors. The USA is now the world’s leading nuclear threat. China is in the second position. In this repect, India is gradually rising. The USA currently has 3750 deadly weapons, including atomic bombs. In addition, by 2030, China is working tirelessly to increase the number of missiles, including its atomic bomb, to more than 1000.

Although India and Pakistan are not poverty-free, their defense budgets are surprising. But the most surprising thing is that neither the USA, nor China, nor Russia, nor India has announced any large grants or contributions to the $100 billion environmental protection fund. Although India and Pakistan are not as prosperous economically as the USA, China, Russia or Germany, or France in Europe, their defense budgets are not small. Although it has not been able to provide sufficient funds for the development of different regions of the country including environmental protection, the expenditure in the defense sector is generous. Many countries, including Bangladesh, have not been able to get rid of this condition yet. If you can’t save your country and your beloved world because of the environmental catastrophe, then what will happen with nuclear weapons or a huge defense budget?

Governments of all countries, industries, and businesses must come forward to contribute to COP-26’s declared environmental fund or else no military or nuclear power will be able to save world humanity from the catastrophe that is about to come. It should not be forgotten that environmental pollution or catastrophe is far more deadly and destructive than nuclear power.