The day of coal is over

COP 26 focused on stopping the use of coal 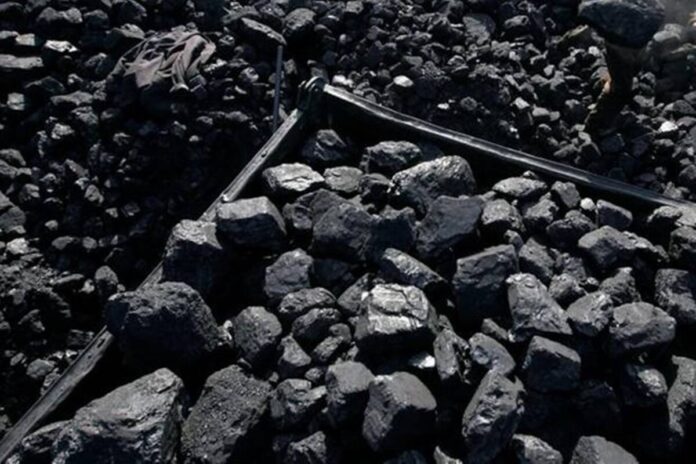 The days of coal are coming to an end. Coal has been the main target at the ongoing COP 26 climate conference in Glasgow, Scotland. Emphasis has been placed on fulfilling the pledges of the countries to stop its use quickly. The progress made at the conference in this regard is promising. Maybe coal will rule for another 50 years.

Coal plays a major role in global warming. The use of coal for various purposes including power generation is causing massive carbon emissions in the atmosphere. As a result, the temperature is rising. This has led to drastic changes in the global climate. Disasters, including cyclones, floods, droughts, heavy rains and droughts, wildfires, and rising sea levels, have increased more than ever before.

At the Paris Climate Conference in 2015, 195 countries reached an agreement that would limit temperature rise to 1.5°C by 2030. Carbon emissions will be reduced to zero by 2050. To this end, the countries concerned will take necessary initiatives. But in the last five years, the expected results have not been achieved. Scientists have come up with studies showing that temperatures are rising at such a rate; It may not be possible to limit the average global rise to 2°C by the end of this century.

The COP-26 conference in Glasgow is therefore discussing the issue of taking joint action to stop the use of fossil fuels. In particular, the efforts of the countries concerned to fulfill the commitment to stop the use of coal. Among the topics discussed at the conference until 7 November 2021, are deforestation and the reduction of methane emissions, and stopping investment in coal power and coal projects.

Although global coal consumption is lower than ever before, coal still generates 37 percent of the world’s electricity. Most of the carbon dioxide in the world’s air is coming from China, the USA, India, Russia, and the EU, especially Germany, Italy, and Poland. China is the largest emitter of carbon, including 11,535 megatons of carbon dioxide every year. This is one-fourth of the world’s total carbon dioxide emissions. The country emits so much carbon dioxide, mainly because of its dependence on coal. Then the USA emits 5106 megatons annually. The EU emits a combined 3304 megatons. India 2,597 megatons and Russia 1,792 megatons.

Coal resources have a big role in the development of civilization. However, this coal and oil gas has now become the biggest tsunami in the world. Carbon emissions into the atmosphere, including greenhouse gases carbon dioxide, carbon monoxide, methane, chlorofluorocarbons, and sulfur dioxide, have caused global warming; People are worried about that.

The success of the COP 26 climate conference so far is that many countries have outlined programmes for climate change. At the conference, more than 40 countries pledged to abstain from using coal in the future. Notable among these countries are Poland, Vietnam, and Chile. China, the USA, India, and Australia, the world’s largest coal users, have not signed the pact. But China says it will become carbon-neutral by 2070. The USA has announced  a target of 2050. Indian PM Narendra Modi has announced India will be carbon neutral by 2070. The EU says it will be carbon neutral by 2050,and Russia by 2060

China has said in its plan to tackle climate change that it will reduce its dependence on coal from 2026. Chinese President Xi Jinping announced last month that it would no longer finance coal-fired projects outside the country. China has also made progress in developing renewable energy. One-third of the world’s solar power is generated in China, which also is the world’s top producer of wind power.

At the conference, US President Joe Biden said the United States had adopted a $1.5 trillion clean electricity programme. He said the United States’ carbon emissions have been declining over the past decade. Fossil fuels have been the source of more than 80 percent of US energy for so long. By 2030, the USA will cut carbon dioxide to half of its 2005 level. By 2030, half of all new US cars will be electric.

fAt the conference, 130 countries signed a pact to prevent deforestation and create new forests. These include Brazil, Congo, and Indonesia. They have 90 percent of the world’s forests. The agreement pledges $1.9 billion to protect the forest. In this case, it is surprising that Bangladesh and India have not signed the pledge to stop the process of deforestation. However, deforestation accelerates climate change; This is because plants protect the balance of the environment by absorbing large amounts of carbon dioxide.

A major step forward in the conference is the signing of more than 100 countries’ pledges to reduce methane emissions by 30 percent by 2030. This is because methane is next to carbon dioxide among the greenhouse gases in the atmosphere. Scientists have called the move a “good start,” according to a report in the science journal Nature. This is because scientists say that this will reduce the rise in temperature by 0.5°C by 2100 just to reduce the emission of methane gas.

India announces maximum ban on coal use, 2020; That means coal will not be used after that. Scientists have also described this promise as positive. This is a big indication that the day of coal is going to be over.

Coal, natural gas, and mineral oil are fossil fuels. It is also called a mineral resource. It is formed in the process of long decomposition of plants and animals in an air or oxygen-free environment. The world’s fossil resources include 70 percent coal, 14 percent natural gas, and 14 percent oil. Fossil fuels are not available in all countries. Other countries depend on the countries in which it is found.

Coal is the most widely used fossil fuel. There were many trees in the world at one time. Plants that have been buried and frozen due to various natural disasters and changes; trees, leaves, stems have turned into coal as a result of chemical changes. This coal was formed millions of years ago.

Natural gas is found underground. It is caused by intense pressure and heat inside the earth. Gas is also available from petroleum wells. Its main component is methane, amounting to 60-90 percent. Billions of years ago, plants and marine animals were deposited on the rock. Over time, all of this turns into mineral oil.

Coal was the most widely used and important commercial source of energy until the 19th century. After the discovery of petroleum, its use decreased a bit. However, coal is the world’s largest source of energy for power generation. The USA has the largest coal reserves, and accounts for one-fourth of the world’s coal reserves. Then come Russia, China, Australia, and India. There are coals called lignite, peat, sub-bituminous, bituminous, anthracite, graphite, and so on. Coal is extracted through underground mining.

Five coal mines including Barapukuria have been discovered in Bangladesh. India’s main coalfields outside the Bangladesh border are the Jharia, Raniganj, Bokaro, and Karanpura coal mines in the Bengal-Bihar coal fields. In 184, India’s first coal was extracted from the Rapiganj coal mine in West Bengal. After the introduction of the East India Railway in 1854, massive coal mining began.

There is a sad history of the death of workers in the country while extracting coal from mines. Coal resources have a big role in the development of civilization. However, this coal and oil gas has now become the biggest tsunami in the world. Carbon emissions into the atmosphere, including greenhouse gases carbon dioxide, carbon monoxide, methane, chlorofluorocarbons, and sulfur dioxide, have caused global warming; People are worried about that.

At the World Climate Conference, 200 countries are discussing strategies to save the world from this. Renewable energy is the alternative. Of course, the issue of nuclear power is also coming to the fore now. However, in the wake of the Chernobyl and Fukushima accidents, nuclear energy was seen as a risk.

By 1961, coal had become the main fuel for power generation in the USA. At one time houses were illuminated by the light of electricity generated from coal. Coal is widely used in power generation today. Carbon emissions from this coal are increasing and heating the earth. That is why coal, which has been ruling for hundreds of years, is being pulled to save the world. This is good news.