The Sain is dead, long live the Saqin 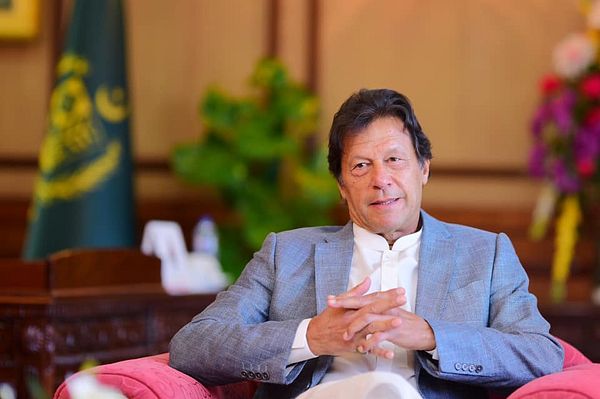 While ‘Tabdeeli Sarkar’ is being criticised for lack of performance, no one seems to be talking about the age-old ‘Sain Sarkar’. Political parties make promises, lift hopes but then fail to deliver. In the domain of thermodynamics two phenomena are closely watched, activation energy and catalysts. Some sluggish chemical reactions need strong catalysts to raise the activation energy’ of the system so that the reaction takes place, in other words the reactants convert to products in the form of change. Somehow, in the land of the pure, the impurities are so widespread that the required activation energy has not been achieved in the last three years despite the best efforts of the catalyst’. So many side reactions take place that the end results are never achieved. Struggle of the ‘Tabdeeli Sarkar’ continues while the ‘Sain Sarkar’ has the final laugh, ‘the Donkey remains under the tree’ ( khoti rahi borh thalay )

In the 1973 Constitution it was provided that the Election Commission of Pakistan (ECP) would be headed by a judge of the superior judiciary. Perhaps Zulfiqar Ali Bhutto, the chief architect of the document, was averse to the bureaucrats who had served the dictators. It proved to be a bad move as every election since then has been disputed.

Considering the logistics involved in the electoral contest, I started writing about the need to appoint individuals with administrative experience who had knowledge of the districts and villages where balloting took place. Finally after the recent electoral reforms the condition was waived and a senior bureaucrat was appointed as Chief Election Commissioner (CEC). It has been alleged that the recommendation was made by Sheikh Rashid who was impressed by the performance of Sikander Sultan Raja who had worked under him as Secretary Pakistan Railways During the selection process, it was overlooked that he happened to be the son-inlaw of a Nawaz Sharif confidante, former Principal Secretary Saeed Mehdi. Since then the PTI,) the ruling party, has been complaining about the tilt of the CEC towards the PML(N). The required neutrality has been questioned. Electoral reforms and use of technology have become an issue. Under the circumstances, in 2023 there would be another disputed electoral contest.

Relief to the suffering masses is the biggest challenge faced by the ‘Tabdeeli Sarkar’. The Prime Minister addressed the nation and announced a subsidy package for the low income group. The people of Pakistan need help which the prevalent system cannot provide unless the activation energy is enhanced manifold. The eyes of the nation are focussed on the catalyst which is working over time, but the side reactions continue to reduce its efficacy.

When ZAB won big in the 1970 elections in the Western Wing with the support of the progressives, he claimed that he had buried the politics of Mirs, Peers and Sains, but his claim was short-lived. Zia not only revived them, he added ‘Tajirs’ to the list while the ‘Comrades’ were taken to the dungeons of the Lahore Fort. Those who survived left the political arena to join NGOs (Non-government Organizations). In April 1979 ZAB was also eliminated through the judicial process. Gains of his Awami Hukamat‘ were soon neutralized.

Civilan institutions came under attack till they were made nonfunctional. PR, which was once profitable and the pride of the nation, started running into losses. WAPDA (Water and Power Development Authority) was also not spared. It was first unbundled with the plan to privatize distribution which has not happened till today. Today we have the most expensive power and gas in the world. The Nandipur Plant outside Gujranwala produces electricity at the rate of Rs 42 per unit mainly because of the corruption of the ‘Sain Sarkar’.

Unless the activation energy of the system is increased manifold, Sain Sarkar will continue to call the shots. The catalysts of the Tabdeeli Sarkar are not powerful enough to initiate the reactions needed to produce the desired results. The ‘Sain’ are everywhere and in control of the system.  The administrative machinery, judiciary are under their strong influence and unwilling to support the Tabdeeli Sarkar.  Relief to the public is not on their agenda. To keep the activation energy at the bare minimum, loyalties were procured at the highest market rates. A system of ‘Muk Muka’ was introduced at every tier of the system to ensure rule of the status quo. While the players of the ‘Tabdeeli Sarkar’ are inexperienced, the opposing forces are well entrenched and connected. After the change of government some of the senior officers were arrested for corruption but eventually released on bail, but so far convictions have not taken place. Due to rampant executive abuses, courts are overloaded with cases, seriously impeding their performance.

Relief to the suffering masses is the biggest challenge faced by the ‘Tabdeeli Sarkar’. The Prime Minister addressed the nation and announced a subsidy package for the low income group. The people of Pakistan need help which the prevalent system cannot provide unless the activation energy is enhanced manifold. The eyes of the nation are focussed on the catalyst which is working over time, but the side reactions continue to reduce its efficacy.

These detours have to be shut to set the course of the nation. The ‘Mirs’, ‘Peers’, ‘Sains’ and ‘Tajirs’ continue to operate at the cost of the masses, and now their heirs have also been inducted to ensure continuity of the ‘ Sain Sarkar ‘. It is the proverbial situation; ‘ The Sain is dead, long live the Sain ‘. It is time for soul searching by the Tabdeeli Sarkar which mere packages and notices cannot deliver.