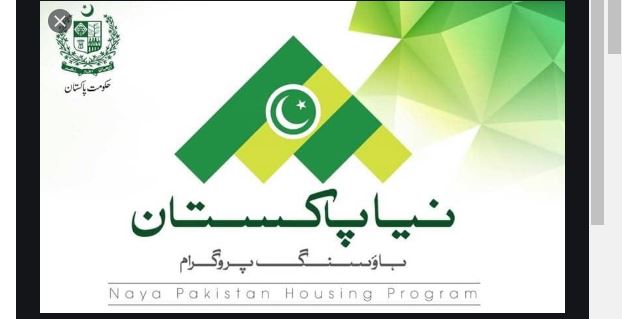 After taking the oath of office, Imran Khan first faced the domestic financial challenge which he inherited as a legacy of the previous government. It was a twin balance of payment and debt crisis with a large current account deficit as well as a fiscal deficit. To address the issue, Khan’s government on the one hand sought a bailout package from the International Monetary Fund (IMF), and on the other slashed the government’s subsidies spending in the energy sector along with unveiling an austerity budget to check the fiscal deficit and controlling government borrowing in the global market. In addition, Pakistan, in collaboration and consultation with the IMF, took several steps to improve the overall conditions of the country’s economy and gained significant stabilization by raising tariffs to collect higher tax revenue and devaluing the currency and imposing heavy import duty which helped curtail the current account deficits. These steps for improvement registered a hopeful situation for the balance of payments and debt crises in  2020, by narrowing down the deficit to less than one percent of Gross Domestic Product (GDP), and stabilizing the Central Bank’s foreign exchange reserves in the same year.

Pakistan, apart from implementing IMF-guided reforms, achieved concrete gains on THE business operating climate and introduced several policies to improve the continuing situation. In 2019, Pakistan earned a record revenue from domestic taxes without raising any tax in import taxes, resulting in improvement of its world ranking and achieving a primary surplus, although the economists of the country gave the credit for this to an increase in non-tax revenues rather than an increase in tax revenues, yet this growth in tax collection continued in the first quarter of the fiscal year 2021.

In respect to economic policy, the government introduced from January 2020 the second phase of the China-Pakistan Free Trade Agreement and as a result of renegotiation with Beijing Islamabad began to receive many concessions on Pakistani exports of goods and services which ultimately reduced the burden of tariff on Pakistan. The agreement with China was termed as a significant milestone in the country’s foreign policy as it expanded Pakistan’s trade with a country, earlier known for cooperation in the defence and security fields.

At the time Imran Khan assumed office in Pakistan he found the country economically poor and weak with multiple problems, such as flawed energy policies, a spiraling fiscal deficit, a grossly inadequate tax to Gross Domestic Product ratio, multiple bailouts by international agencies and under-investment in the education, health and skills sectors which have marred the sustainable growth of the nation. In particular, Imran’s party, the Pakistan Tehreek-i-Insaf (PTI), also identified antiquated governance and all-pervasive corruption, and lack of political leadership, as the reasons for the long-term decline in the economy. With the coming of Imran Khan as the Prime Minister of Pakistan, he set forth a reform programme for various sectors of the economy and the creation of a fiscal space of nine percent of Gross Domestic Products along with a five perent increase in tax collection two percent reduction in wasteful expenditure and two percent reduction in public sector spending on losses of public sector enterprises. For the future, the government projected a target of a growth rate of six percent, inflation to be brought down to seven percent, the fiscal deficit to be brought down to 4.5 percent, tax revenue to be raised by 15 percent and a four-fold increase in welfare spending.

The ongoing welfare schemes required financial help from outside the country, and from whom it should be procured, was a dilemma before the new government. One such option was to look to the IMF, but due to pressure from the USA, it felt some limitations and the imposing of tough conditions were imminent in the context. The next option was to move towards the People’s Republic of China whose $62 billion dream projects were already in progress and called the China-Pakistan Economic Corridor (CPEC).

Although, initially and afterwards, the Government of Pakistan has continuously supported the Belt and Road Initiative (BRI) scheme, the other recipients of BRI loans have expressed anxieties in paying Chinese debt and its high interest rates. In reference to the Pakistani CPEC, the NGO Centre for Global Development has also warned that Chinese development schemes may add to Pakistan’s risk of debt distress. In the circumstances, Islamabad could either return to the IMF or further increase its volume of Chinese debt.

As the Trump Administration of the USA was very hard on Pakistan due to its failure to tackle Islamic extremism, the former might put pressure on the IMF to ensure that its loans given to Islamabad, were not used to repay the Chinese loan, taken in the context of the BRI. Pakistan is also reluctant in receiving IMF loans because it would compel Islamabad to disclose the terms attached to China-Pakistan Economic Corridor. In the situation, non-availability of funds for Imran Khan will cap Imran’s election commitment of an Islamic welfare state along with removing inequalities in Pakistan.

Initially for months, the Government of Pakistan avoided an IMF loan due to strict conditions attached with it and arranged for loans from Saudi Arabia, the United Arab Emirates and China, but as they all were insufficient to meet the needs of Islamabad and the economy of Pakistan worsened further, it went to the IMF in 2019 for the 22nd time in the history of Pakistan and asked for a loan of SDR 1 billion. The International Monetary Fund, although it sanctioned the said loan with such conditions as a hike in the energy tariff, the removal of the energy subsidy, an increase in taxation, the privatization of public entities and fiscal adjustments to the budget.

In addition, Pakistan also gave a concrete assurance that it would not divert the IMF loan to service its Chinese debt. In fact, Beijing is the biggest donor to Pakistan after the IMF, which is around $19-20 billions of the total $ 90 billions of the debt and liabilities of Pakistan and this has increased from the year 2015. According to an estimate, by 2024, Pakistan will have to pay back to China $100 billion on the total investment of $ 18.5 billion which China has made in bank loans and 19 early harvest projects under the China-Pakistan Economic Corridor (CPEC).