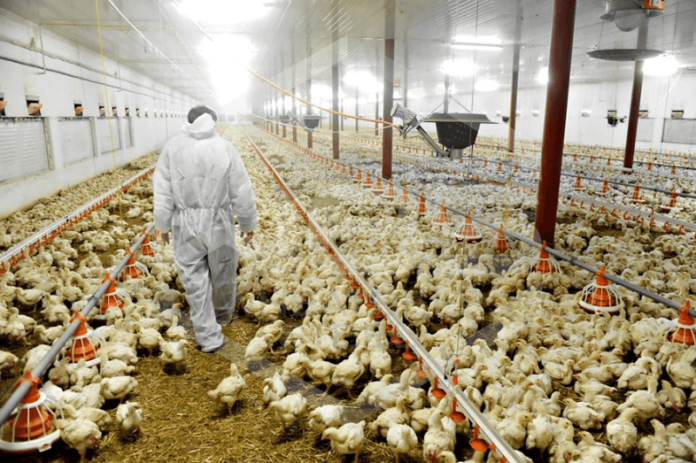 The Pakistan Poultry Association (PPA) North Region has suggested to the government that the poultry sector should be improved and a conducive environment should be provided so that poultry farmers can be protected from harm.

The PPA believed that the poultry sector was facing the worst business environment, largely due to the irrational activities of competitive commissions, the attitude of livestock and other government departments to control so-called prices, the ban on exports and the imposition of import tax on raw materials.

According to Chairman PPA (North Region) Dr. Abdul Karim, a meeting was held on the direction of Peshawar High Court to resolve these issues in which Secretary Agriculture Khyber Pakhtunkhwa (KPK), Secretary Food KPK, representatives of the Peshawar High Court, stakeholders of the poultry and livestock sector were present. The meeting also discussed a ban on exports of poultry and livestock products to Afghanistan.

“In this meeting we gave a presentation on Poultry Update and highlighting the importance of the poultry sector, we said that poultry, on the one hand, uses raw materials from the agricultural industries and uses it to make high-quality food, such as meat and eggs and on the other hand, it acts as a price regulator for other foods such as mutton, beef, lentils, and to some extent vegetables,” chairman said.

Dr. Karim cited the factors that led to the increase in the cost of poultry products and termed the ‘cost of production’ in agriculture as a wrong analogy.

“In Agriculture ‘In Put Cost’ is to be referred to when discussing cost increases. In the last 7 years there has been 210 per cent increase in the poultry input cost. We can see the example of Soybean Meal, which is of import base and there has been more than 300 per cent increase in cost during this time owing to increase in international price, rupee devaluation and on top of it increase of import duties and sales tax which did not exist up till year 2013. Taxes and duties on imports of raw materials, which are not produced in the country, are counterproductive and will only increase the Input cost,” he said.
He urged market forces to operate and the government to understand this phenomenon rather than to disturb it.
“Exports cannot be put On and Off, subject to local pricing, as it takes quite an effort to start and maintain exports. Any discontinuation will give chances to competitors, which may get very hard to regain. The exports do not factor the local price increase instead it encourages the farmers to produce more. To ban the national exports on the basis of DOC price limits or retail price of chicken in one town will send negative sentiments to farmers and will discourage them, resulting in reduction in production.
As a result of this meeting it was encouraging to know as the government lifted the ban on all livestock and poultry exports except DOC, which remained conditional to maximum DOC price of RS 70 and retail price RS 230 of Broiler in Peshawar and any increase in these rates will automatically stop exports to Afghanistan. Since at present the Broiler prices in Peshawar are higher than the mentioned rates, thus the export of DOC to Afghanistan remains closed,” he concluded.
Facebook
Twitter
Linkedin
WhatsApp
Email
Previous articleIMF pact for $1bn tranche to be signed this week: Tarin
Next articlePM to announce relief package to facilitate over 10 million citizens: Fawad

ANKARRA: Big names in the film industry dazzled the audience Sunday evening at a mega ceremony in the Turkish metropolis of Istanbul to honour...
Read more
- Advertisment -