Aryan reaches home after walking out of jail 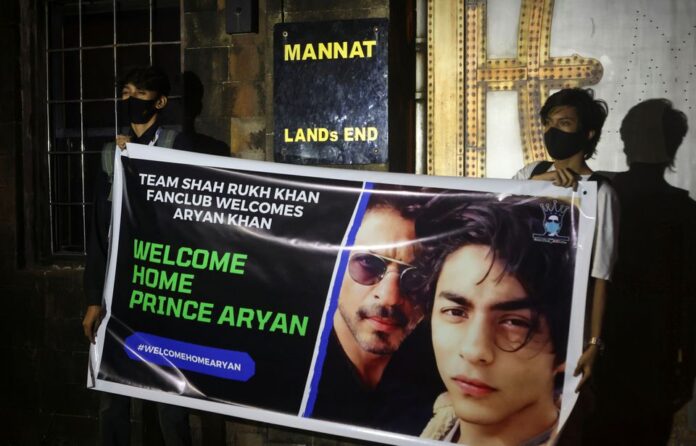 Aryan Khan, the son of Bollywood superstar Shahrukh Khan, was released from the Arthur Road jail in Mumbai on Saturday.

Shahrukh’s bodyguard Ravi Singh had reached the jail to pick up Aryan, who was immediately directed into the car and taken to his home.

Earlier on Thursday, an Indian court had granted bail to Aryan Khan, more than three weeks after he was arrested in a drugs case that had dominated news headlines and polarised social media in the cinema-obsessed nation.

“The court has granted bail just now and hopefully all the three petitioners will come out of jail tomorrow or on Saturday,” Aryan’s lawyer Mukul Rohatgi had told the reporters outside the court.

Aryan Khan, 23, the Bollywood actor’s eldest son, was one of several people arrested on October 2 after a raid on a cruise ship sailing off Mumbai’s coastline.

The Narcotic Control Bureau had alleged that Aryan is a regular user and supplier of drugs.

Aryan, through lawyers, had denied the charges, contending that no drugs were found on him during the raid.

Nawab Malik, a minister in the state cabinet of Maharashtra, of which Mumbai is capital, had alleged that the charges on Aryan and others are trumped up, and demanded that the officer in charge of the investigation be changed.

The officer, Sameer Wankhede, had denied the allegations.

With additional input from agencies