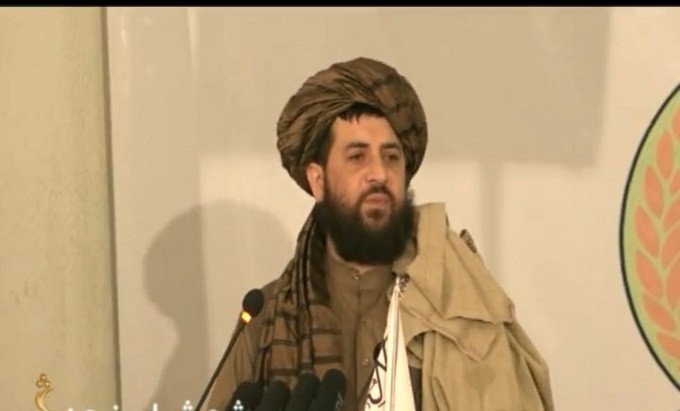 The current defence minister of Afghanistan who is also the son of Taliban founder Mullah Omar, Mullah Yaqub Omar recently made his first appearance before the media in Kabul on Wednesday.

It is pertinent to note that Mullah Yaqub currently heads the Taliban military commission. He has recently moved from Kandahar to Kabul.

It merits mention that he is said to be the driving force behind taking control of Afghanistan by leading Taliban after the US withdrew its forces.

The announcement that Mullah Yaqub would address the gathering took the participants and the media personnel by surprise because nobody knew about his presence.

Yaqub made his first appearance while addressing a ceremony at Kabul’s Shaheed Sardar Daud Hospital by urging the wealthy people of the Afghan society to invest in the healthcare sector so that Afghans don’t have to rely on neighboring countries, adding that those who have more resources should contribute towards nation-building.

It won’t be wrong to say that Yaqub is still one of the most wanted men in the US. The 27-year-old son of Mullah Omar is the founder of the Taliban. He grew up in Balochistan and received his religious education in Pakistan’s southwestern province as well. He later moved to Kandahar.

Yaqub is considered to have expertise in large scale operations. He was later appointed as the head of the military commission by the Taliban. After the appointment, he moved back to Afghanistan from Pakistan.

The Taliban leader was made a shadow defence minister after the killing of Mullah Akhtar Mansour in a drone strike in 2015. Yaqub and Mansour didn’t particularly get along as the former refused to recognise the latter as the head of the Taliban.