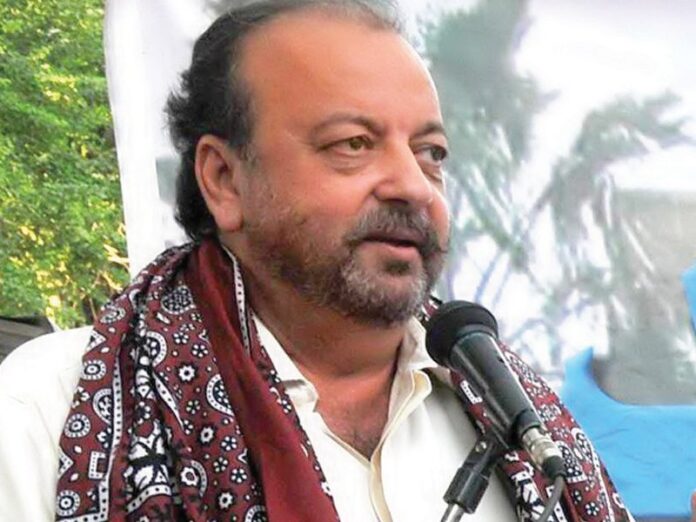 Karachi: The National Accountability Bureau (NAB) has raided the residence of Sindh Assembly Speaker Agha Siraj Durrani to arrest him after the Sindh High Court rejected his  bail plea.

After the rejection of bail plea by the Sindh High Court, the NAB team reached the residence of Agha Siraj Durrani seeking his arrest.

The NAB team could not arrest Agha Siraj Durrani due to resistance from his guards and has called for additional teams.

Meanwhile, Agha Siraj’s family member Agha Asad while talking to the media said that there is a family in the house, they will not allow to violate the sanctity of the house.

Earlier in the day, Sindh High Court (SHC) had rejected the bail plea of Sindh Assembly speaker Agha Siraj Durrani and seven other accused in the assets case.

The SHC while rejecting the bails of Speaker Agha Siraj Durrani and the other seven accused in the assets beyond known sources of income case, approved bails of wife and daughters of Durrani.

On July 20 last year, the anti-corruption body had ordered an inquiry on charges of corruption against the Sindh Assembly speaker.

The NAB prosecution named 20 persons including Durrani as accused in the reference filed in accountability court Karachi after an inquiry.

According to the NAB charge-sheet, the accused were involved in corruption of upto 1.6 billion rupees.

This is not the first time that he has been arrested by the NAB as previously in February this year, the NAB Karachi had arrested Siraj Durrani from a hotel in Islamabad.