India accused of systematic use of torture in occupied Kashmir 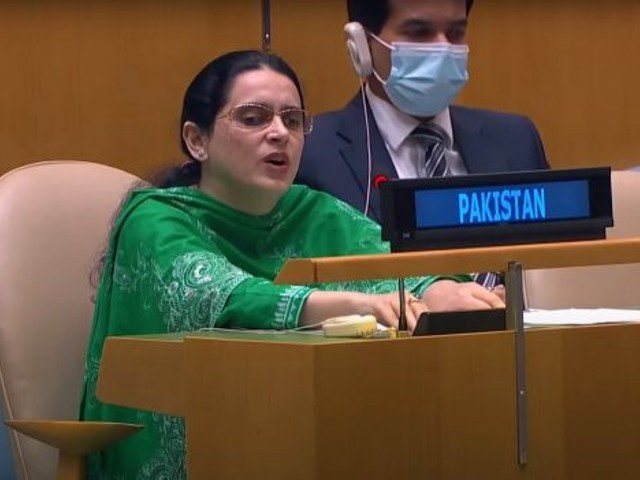 During a dialogue with UN Special Rapporteur on Torture Nils Melzer, Pakistan diplomat Saima Saleem asked him point-blank how the Indian troops could be held accountable for the breach of the prohibition of torture.

She also posed the question of whether an international commission of inquiry, proposed by the UN High Commissioner for Human Rights for Jammu and Kashmir, could help end the culture of impunity to prevent endemic torture.

In his response, Melzer said rights experts could not answer that question, and instead the “Security Council should deal with this” with the situation in the held region.

While the normative and institutional mechanisms for accountability were present, due to power politics and a lack of will, these were not utilised, he conceded.

The exchange took place on Tuesday in the Third Committee of the General Assembly, which deals with social, cultural and humanitarian issues.

Before posing her questions, Saleem said that torture and ill-treatment continue to be practised with complete impunity in various parts of the world, in particular in situations of foreign occupation such as Jammu and Kashmir.

“Systematic denial, obfuscation, deliberate obstruction, and purposeful evasion of accountability of Indian occupation forces in Indian-occupied Jammu and Kashmir, has resulted in the widespread use of torture on innocent men, women, and children,” she said.

“The occupation forces, who are perpetrating torture, indulge in all three patterns of denial identified by the Special Rapporteur, i.e. denial of facts, responsibility, and wrongfulness,” said Saleem.

Since 1989, she pointed out, more than 162,000 people have been subjected to inhuman torture by occupation forces [in Kashmir] which include stripping naked, beatings with wooden sticks and iron rods, heavy roller treatment, water-boarding, electrocution, hanging from the ceiling, dunking detainees’ head in water mixed with chilli powder, burning of the body with iron rods, solitary confinement, sleep deprivation, sexualized torture including rape and sodomy.

The use of torture as an instrument of state policy in held Kashmir has been documented in the two reports of the OHCHR (Office of the High Commissioner for Human Rights), several reports of Amnesty International, Human Rights Watch, the Jammu and Kashmir Coalition of Civil Society and the international media, she recalled.

Responding to Saleem, an Indian diplomat denied his country practised torture and instead accused Pakistan of misusing the United Nations’ platform.

October 28, 2021
LONDON: Here's what you need to know about the coronavirus right now: Singapore looking into unusual surge after record cases Singapore's health ministry said it is...