Israel says it will keep Golan as Assad’s fortunes, US views shift 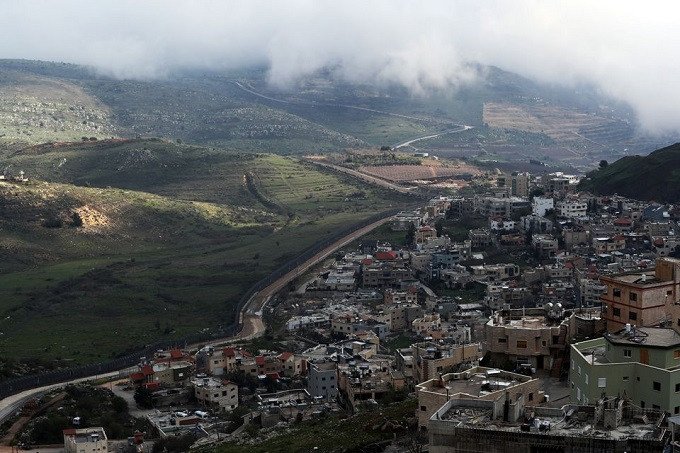 Israel will keep the Golan Heights, which it captured from Syria in a 1967 war, even if international views on Damascus change, Israeli Prime Minister Naftali Bennett said on Monday.

In 2019, then US President Donald Trump broke with other world powers by recognizing Israel as soverign on the Golan Heights, which it annexed in 1981 in a move not recognized internationally.

Bennett’s remarks came as the current US administration hedges on the Golan’s legal status and some US-allied Arab states ease their shunning of Syrian President Bashar al-Assad over his handling of a decade-old civil war.

Addressing a conference about the Golan’s future, Bennett said the internal Syrian strife had “persuaded many in the world that perhaps it is preferable that this beautiful and strategic territory be in the State of Israel’s hands.

“But even in a situation in which – as could happen – the world changes tack on Syria, or in relation to Assad, this has no bearing on the Golan Heights,” he told the forum hosted by the conservative Makor Rishon newspaper.

In his speech, Bennett pledged to double the size of the Israeli population on the Golan, which at around 20,000 is currently about equal to that of a Druze Arab community that often professes loyalty to Syria.

“Such aggressive statements and policies will not change the eternal truth that the Golan was and will remain Arab and Syrian, and that it is returning to the motherland sooner or later,” the source said.

The extension of Assad’s two-decade-old presidency in a May election did little to break his pariah status in the West, but fellow Arab leaders are coming to terms with the fact he retains a solid grip on power.

While not changing the policy, President Joe Biden’s administration has been circumspect on the Golan issue.

Asked in a February interview if Washington would continue to deem the area part of Israel, Secretary of State Antony Blinken signalled openness to an eventual policy review on a territory most countries consider to be under occupation.

A 15-year-old boy opened fire in a high school in the US state of Michigan on Tuesday with a semi-automatic pistol his father had...
Read more
World

High school girls are sitting at home almost everywhere in Afghanistan, forbidden to attend class by the Taliban rulers. But there’s one major exception. For...
Read more
World

JOHANNESBURG: A number of countries have imposed travel bans on African nations amid fears over the new Covid-19 variant omicron. Travel restrictions have been imposed...
Read more
- Advertisment -