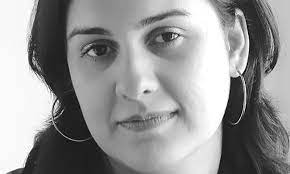 In 2019, British-Pakistani writer Kamila Shamsie took a stand against Israel by stating that she was a supporter of the BDS or Boycott, Divestment, Sanctions movement for which she was stripped of a literary prize. Following Shamsie, Sally Rooney, the author of Normal People, has also took and stand against Israel, and refused to work with Israeli publications.

Rooney declined to have translations of her latest work published in Hebrew. The Irish writer turned down an Israeli publisher for the publication of her latest novel.

In response to Rooney’s news, Shamsie tweeted that this decision was not an indictment of the Hebrew language, but was about a boycott of the Israeli state.

It is pertinent to note that earlier, Kamila Shamsie’s books were published in Israel, but  ever since the Israel-Palestine conflict surfaced, she declined to work with Israeli publishers in future.

WASHINGTON: The US is welcoming tens of thousands of Afghans airlifted out of Kabul but has disclosed little publicly about a small group who...
Read more
World

WASHINGTON: A senior al-Qaeda leader was killed in a US drone strike in Syria, the Pentagon said late Friday. The strike comes two days after...
Read more
World

TEHRAN: Mass Friday prayers resumed in Tehran after a 20-month hiatus due to the Covid-19 pandemic, state TV reported. The prayers at Tehran University, a...
Read more
World

BEIJING: A new Covid-19 outbreak has spurred parts of China to increase restrictions on movement, with the capital Beijing sealing off some areas and...
Read more
World