OIC rebukes India over ‘systematic persecution’ of Muslims in Assam 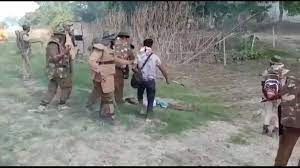 The Organisation of Islamic Cooperation (OIC) has condemned what it called the “systematic persecution and violence” ramping up against the Muslim community in India’s Assam state.

Thousands staged protests in Assam state last month after two people were killed when hundreds clashed with police over the state government’s eviction of Muslim families from their homes.

Assam’s government has faced widespread condemnation over the tactics used to eject the families, with critics pointing to them as the latest example of discrimination against Muslims under Prime Minister Narendra Modi’s Hindu nationalist Bharatiya Janata Party (BJP).

“The OIC General Secretariat indicated that the media reports are disgraceful and call for a responsible stance by the government and officials in the Republic of India,” said the Muslim bloc in a statement on its official Twitter handle.

The OIC called on the Indian government to protect the Muslim minority community and respect all their religious and social fundamental freedoms, “noting that dialogue is the best way to address any issues within national sovereignty”.

The viral video from Assam showed police in riot gear beating a protestor who had fallen to the ground seconds after gunshots were heard.

A photographer, hired by district officials to film the evictions, jumped on the man and was seen punching the body multiple times.

Leaders of India’s 170 million Muslims say they have been unfairly targeted since Modi’s party came to power in 2014.

They say a controversial nationality law that sparked riots in Delhi in 2020, and hate crimes including lynchings, have all increased fear in their community.

LONDON: Here's what you need to know about the coronavirus right now: Singapore looking into unusual surge after record cases Singapore's health ministry said it is...
Read more
World

TAIPEI: President Tsai Ing-wen has confirmed a small number of US troops are present in Taiwan to help with training, adding she had "faith"...
Read more
World

Three students from an Indian college belonging to the IIOJK have been suspended by the college authorities over celebrating Pakistan's victory against India in...
Read more
World

Taiwan has no right to join United Nations: China

NEW YORK: China said Wednesday that Taiwan had no right to join the United Nations after the United States ratcheted up tensions with a...
Read more
World

Vaccinated but stuck: Indians await WHO nod for homegrown shot to travel abroad

PANDALAM: Stuck in a village in southern India for nine months and unable to return to his job in Saudi Arabia, Sugathan P.R. is...
Read more
- Advertisment -