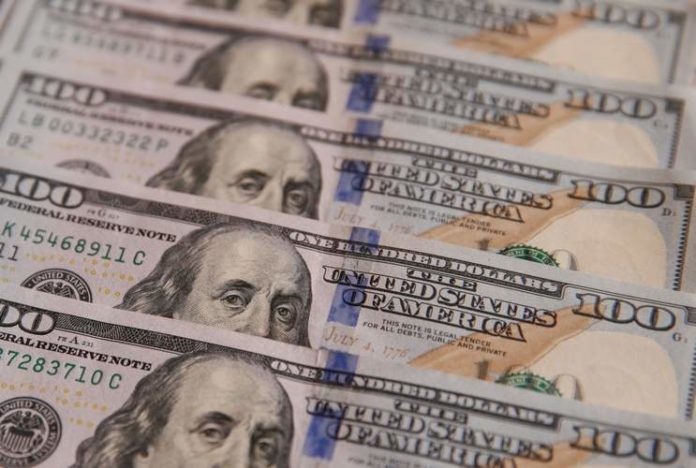 The rupee recovered 18 paisas and closed at a one-day low of Rs170.48 according to SBP data.

The Pakistani rupee shed Rs1.58 during the last four days against the US dollar, while depreciation during the fiscal year 2021-22 has been Rs13.24. The local unit has shed Rs10.39 against the US dollar in the current year 2021. The local currency has maintained a downtrend after it touched 22-month high of Rs152.27 in May 2021, losing a cumulative Rs18.35 in the past over four months to date.

While the SBP had been maintaining a ‘managed float’ of the exchange rate, the recent volatility had forced them to intervene more aggressively in the interbank market. Reportedly an amount of $1.2 billion had been injected into the currency market ten to stop the 170 barrier from being broken 10 days back. While the SBP was successful, it received criticism for adopting policies practiced by the PML-N government in the past, something it had said it would not do.

Fitch Ratings revised down its forecasts for the Pakistani rupee on Thursday for both this year and next due to a variety of factors including an increased flow of US dollars into neighbouring Afghanistan.

Fitch’s forecast for the rupee’s average rate this year is now 164 to the US dollar compared with 158 previously. For 2022, Fitch now expects an average rate of 180 versus a previous forecast of 165.

“Our expectation for the currency to weaken further is based on Pakistan’s worsening terms of trade, tighter US monetary policy, alongside the flow of US dollars out of Pakistan and into Afghanistan,” it said.

Analysts say the rupee has been hit by consistently high demand for dollars due to the country’s current account deficit while the Afghan situation is increasing pressure.

Pakistan’s Stock Exchange also fell nearly 3% this week on fears that a bill moved in the US Senate seeking to impose sanctions on the Taliban that could potentially extend to Pakistan.

Over the long term, tightening US monetary policy alongside higher structural inflation relative to the United States would weaken the rupee against the dollar, Fitch said.

It said, however, that the undervaluation of the Pakistani rupee on a real effective exchange rate basis would limit excessive weakness in the currency.