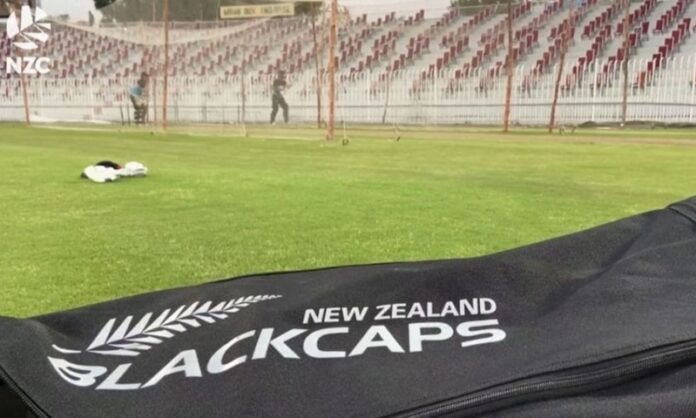 WILLINGTON: New Zealand Cricket chief David White Monday said the board can think about compensating the Pakistan Cricket Board for the financial losses it suffered after the Black Caps decided to unilaterally abandon the Pakistan tour last week.

In a statement, White said that the board will think about playing the cancelled matches against Pakistan in the future.

“At the moment, to speak about the New Zealand touring Pakistan again will be premature,” he said. “Whether it is Pakistan or England [where the team visits], reviewing the security arrangements is the most important step”.

“New Zealand Cricket can understand how hurt Pakistani fans are,” he said.

White on Monday also expressed willingness to discuss the restaging of the Pakistan series the Black Caps abandoned last week, but said talks of touring the country again were premature considering the team’s schedule was already “pretty tight”.

“As we know they’re a very passionate cricketing nation and they’re obviously disappointed. We understand their disappointment,” he added.

According to the report, the NZC chief was hopeful the matches would be rescheduled but was not sure about when as the Future Tours Programme was already “pretty tight”.

Regarding compensating the PCB for lost revenue, White said the issue would be discussed in due course. He hoped that the decision to abandon the tour would not be held against NZC when the time came for Pakistan to tour New Zealand.

He also said that it was too soon to comment on the prospect of the Black Caps touring Pakistan again anytime soon.

“I think what’s important to point out is that for every tour we go on, whether it’s Pakistan or England or anywhere, that we go through a very thorough process covering security etc. This was no exception. In fact, it was probably more in this case.

“I can’t answer that question at the moment, it’s too early. But we’ll assess every tour on its merits,” he said.

Last Friday, the New Zealand cricket team cancelled its tour of Pakistan after informing the PCB of a “security alert” minutes before the toss for the first ODI at Rawalpindi was held.

The New Zealand cricket team was pulled out of Pakistan at the last minute after the Five Eyes — an intelligence alliance of New Zealand, Australia, Canada, United States, and the United Kingdom — advised Wellington to do so, NZ Herald reported the next day.

The publication said the security threat was deemed credible before the match. It led to phone calls between NZ Cricket and Pakistan Cricket Board, and Pakistan and New Zealand Prime Ministers Imran Khan and Jacinda Ardern.

“Within 12 hours of those conversations, the tour was cancelled,” the report had said.

As expected, the news of New Zealand abandoning the Pakistan tour at the last minute did not go down with PCB Chairman Ramiz Raja.

Describing it as a “crazy” day, Raja said he felt sorry for Pakistani fans and players.