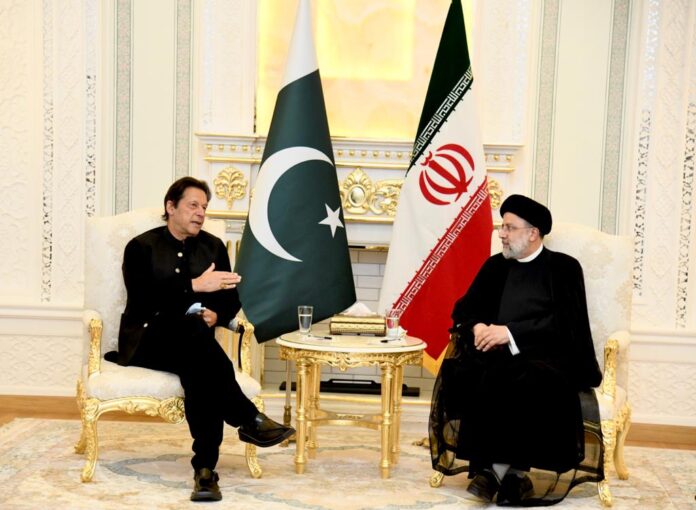 Prime Minister Imran Khan had a bilateral meeting with different heads of state on the sidelines of the Shanghai Cooperation Organization Summit in Dushanbe wherein the wherein Imran exchanged views on bilateral relations and regional and international issues of mutual interest with different presidents.

The premier on Thursday conveyed heartfelt felicitations to President of Iran Seyed Ebrahim Raisi on his victory in the recent Presidential elections. He reaffirmed Pakistan’s commitment to continue working with Iran to further strengthen and expand brotherly ties between the two countries.

The wide-ranging talks covered the entire spectrum of bilateral relations, with a special focus on trade and economic sphere and regional connectivity. The Prime Minister highlighted his economic security agenda and Pakistan’s shift from geopolitics to geo-economics.

Prime Minister Imran thanked President Raisi for Iran’s consistent support on the Jammu and Kashmir dispute, especially by the Supreme Leader. He highlighted the grave human rights situation in IIOJK and added that Iran’s just and principled position was a source of strength for the Kashmiri people, fighting for their right to self-determination.

PM Imran added that the efforts for stabilization would be reinforced by respect for the rights of all segments of Afghan society and an inclusive political structure. He also appreciated Iran’s support for Pakistan’s initiative on engagement with Afghanistan’s neighbouring countries for a coordinated approach.

The PM further stressed the importance of the international community’s engagement with Afghanistan through positive messaging and constructive practical steps.

During his meeting with Belarus President Alexander Lukashenko, the two leaders discussed mutual efforts for strengthening of Pakistan-Belarus relations and exchanged views on regional and international issues.

Reviewing bilateral relations, PM Imran Khan expressed satisfaction at the growing cooperation between the two countries. The prime minister said that Pakistan was “committed to further enhancing its relations with Belarus across all fields of mutual interest, including trade, investment, agriculture, industry and defence”.

It was also agreed to enhance bilateral exchanges at the highest parliamentary and political levels. The two sides noted that the visit of the Belarus foreign minister to Pakistan later this year would contribute significantly to the consolidation and further expansion of bilateral cooperation in diverse fields.

The two leaders also exchanged views on the situation in Afghanistan.

The prime minister underscored that as a country most affected by conflict and instability in Afghanistan for over 40 years, Pakistan had a vital interest in a peaceful and stable Afghanistan.

Furthermore, the prime minister met Uzbekistan President Shavkat Mirziyoyev on the sidelines of the SCO summit.

ISLAMABAD: President of Pakistan Muslim League-Nawaz (PML-N) and leader of the Opposition in the National Assembly Shahbaz Sharif on Sunday had a telephonic conversation...
Read more
HEADLINES

KARACHI: Federal Minister for Information Technology (IT) and Telecom Syed Amin-Ul-Haq said that the establishment of the Animation Center of Excellence was essential as...
Read more
HEADLINES

KARACHI: The New Zealand Cricket (NZC) has confirmed that they are having a discussion with the Pakistan Cricket Board (PCB) to reschedule the ODI,...
Read more
HEADLINES