Pakistan may face water scarcity by 2040

The country is already water stressed 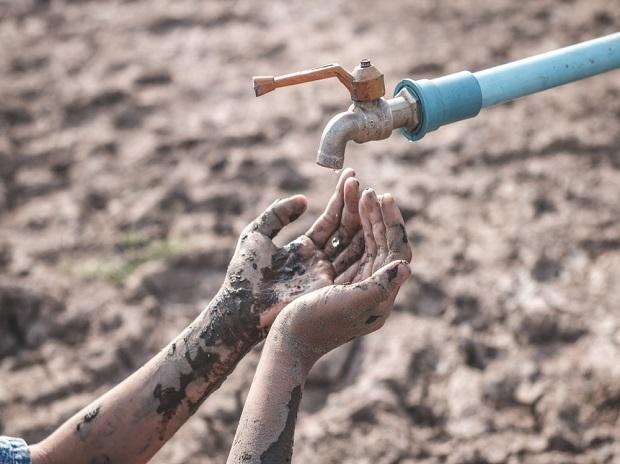 “There’s plenty of water in the universe without life, but nowhere is there life without water.”– Sylvia A. Earle, marine biologist

The quotation very beautifully defines the importance of water. As we all know, Pakistan is an agricultural country and approximately 95% of its water is used for agriculture purposes and 80 percent of our exports are based on the agriculture sector. This means that our economy is also dependent on the agriculture sector.  It provides about 24 percent of the Gross Domestic Product (GDP) and not only it accounts for half of the employed labour force but also is the leading source of foreign exchange earnings.

The issue which not only Pakistan. but in upcoming years the whole world, will face, is the water scarcity issue. This issue will hit harder in Pakistan as being an underdeveloped nation it has a lower capacity to store water.

It has been predicted that by 2040, Pakistan may face absolute water scarcity. The IMF has ranked the position of countries facing intense water scarcity and unfortunately Pakistan is in the third position. The experts also fear that the per capita availability of fresh water in Pakistan will further decline to 860 cubic meters by 2025.

The availability of fresh water is another worrisome situation faced by Pakistan. Almost 30 million Pakistanis have no access to clean water. In spite of having the world’s largest glaciers, still Pakistan is among the world’s 36 most water-stressed nations. The reasons for the water crisis in Pakistan are the increase in population, our outdated and poorly maintained agriculture techniques which used to waste large quantities of water, mismanagement of the water system and to some extent climate change.

The natural resources from which our country can acquire water are rainfall, wells, karez, streams, ponds, lakes, rivers, and glaciers. The artificial resource is the surface water from the rainfall and rivers. In spite of being blessed with resources both natural and artificial, we were unable to make enough reservoirs and dams to store this water.

Even if it rains in excess, we cannot save that water and it results in floods which destroy the crops and cause lots of destruction, just because of not having a proper storage system of water. Fresh water is a very vital factor for not only our national economic security but also it contributes to the country’s food security. Pakistan earns its revenues by exporting its major crops. Another attention seeking issue is that three-quarters of Pakistan is receiving less than 250 millimetres of rain per year and the result is that droughts are very common in many places.

We all need to help our government in battling with this water scarcity issue. It is the duty of every individual to save water whenever it is possible so that we can take our country out from this crisis situation early before it is too late.

The problem of saving fresh water can be resolved by the “Drip and Sprinkler technique” which was tested by Punjab Agriculture Department in Rawalpindi. This technique will not only reduce country’s worsening freshwater scarcity issue in the agriculture sector but also will strengthen the Pakistan’s food security and economic problems. Due to runoff from the chemical fertilisers and pesticides, the agriculture sector is also held responsible for much of the contamination of nation’s water resources.

The stats shows that 56 percent of people have gained access to clean drinking water, but 30 percent of diseases and 40 percent of the deaths are linked to unclean water, which is the reason for a major health hazard. Pakistan also faces the unequal distribution of water. The government needs to revive the National Water Policy 2018 (NWP), which equally and equitably distribute the water resources among the provinces. By this policy everyone from richer to poorer can have access to fresh drinking water. Those women and girls who have the task to fetch water are mostly impacted by lack of household available water as they have to face numerous issues while fetching water, such as kidnapping, or being assaulted or even killed. The proper actions needed to be taken to make a secure environment for them. The heart-breaking thing is that no major Pakistani political party has been able to tackle these challenges in holistic manner.

“When the well is dry, we know the worth of water.”–Benjamin Franklin

From the above quotation we need to learn that before it gets too late and our wells start to go dry, we need to take proper actions to deal with the water scarcity issue. The government needs to reframe the need for water as the basic right of the citizens. We need to make our people aware through both normal and social media and for that we need to have more water experts on the talk shows who can make people aware and give them guidance on how every individual can save water.

Public awareness campaigns regarding water scarcity must be conducted and in our school and university curriculums, water conservation activities should be added. For the reliance onexternal water sources, we need to make more investment in clean water projects. To ensure the overwhelming crisis that occurred during most recent floods should not be repeated again, the solid waste management should be improved, and urban planning should be done properly by the provincial governments.

Our policies and legislation should focus on the efforts of low-cost solutions first,  then on big projects like dams. Also, greater efforts are required to control and ultimately regulate so-called “water tanker mafias”. The government needs to improve the sewage system, and should make better water distribution infrastructure, while we need to improve our way of farming and use less chemicals for crops, and we need to bring advanced technology for the water conservation projects

The government needs to make such mechanisms so that we can recycle water as much as we can. A water education programme should be broadcast daily on TV. We all need to help our government in battling with this water scarcity issue. It is the duty of every individual to save water whenever it is possible so that we can take our country out from this crisis situation early before it is too late. The government’s job is to take action and do proper implementation on this very serious issue in a timely manner. Not only proper action and implementation but a proper check and balance is also required.

Zoha Aziz
The writer is a freelance columnist

2021 5s the 100th year of the foundation of the Communist Party of China, wh5ch was formed by Chen Duxiu and Li Dazhao on...
Read more
Comment

Pakistani children are growing up in a world where economies, governments, and people are increasingly intertwined in a single global network. In just a...
Read more
Comment

The Asian continent has seen many changes in the recent era. Liberation of many central Asian States from the clutches of the USSR made...
Read more
Editorials

The All Pakistan Petrol Pumps Dealers Association has called off a nationwide strike against the government's failure to increase their profit margin. it was...
Read more
Editorials

Since few years, the number of court marriages has been increasing in Pakistan. It is really shocking that when we read Daily newspapers or...
Read more