A ‘sense of achievement’ for young Pakistani who summited K2 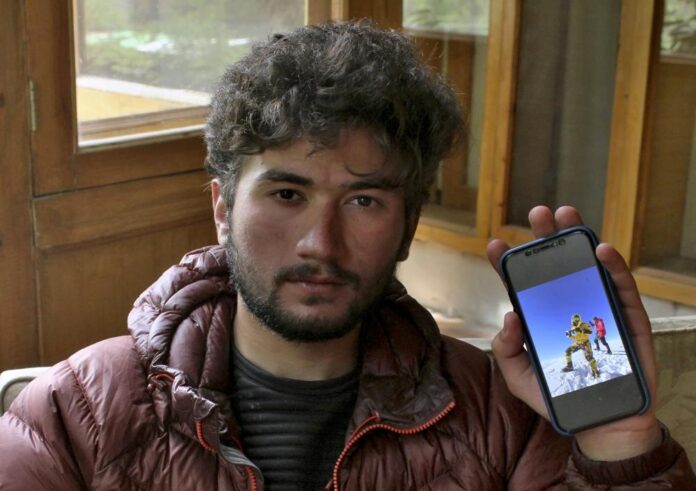 ISLAMABAD: A young mountaineer who last week scaled the second-highest mountain on earth, said he felt a “sense of achievement” as he stood atop the K2 summit and hoisted Pakistan’s flag.

Shehroze Kashif, 19, who hails from Lahore, summited K2 at 8,611 meters (28,251 feet) Tuesday, becoming the world’s youngest mountaineer to scale the treacherous mountain, according to Karrar Haideri, secretary of the Alpine Club of Pakistan.

“I faced a lot of difficulties, I had no porter along and carried all gadgets and luggage by myself,” Kashif told The Associated Press in an interview.

He said he received a lot of help from Nepali Sherpas, however. Sherpas are known for their endurance at high elevations and often serve as guides for foreign mountain climbers.

Located in the Karakoram Range in northern Pakistan near the border with China, K2 is considered by many to be the most dangerous mountain in the world for climbers. It’s nicknamed the “savage mountain.”

Kashif, wearing a thick brown jacket, noted that K2 has several dangerous points along the route to the summit, including Chimney, Bottleneck and Shoulder.

Kashif said the mountaineering management in Pakistan cooperated with him to make his climb a success and he said his parents were grateful, too. He said he experienced a sense of achievement becoming the youngest mountaineer to scale K2.

Showing a reporter a video clip on his mobile device during the interview, Kashif was seen praying after reaching the summit.

Haideri, secretary of the Alpine Club of Pakistan, said Kashif brought honour to Pakistan. He “became the pride of the nation and we will recommend to the government a high reward for him,” he said.

Kashif said he started mountaineering when he climbed a small peak at age 11 and then gradually moved on to greater heights.

“I received mountaineer training and technical assistance and moved on to big mountains in which the dangerous and difficult mountains K2, Broad Peak and Mount Everest are included,” he said.

In May, Kashif became the youngest Pakistani to scale Mount Everest, the highest mountain in the world.

Haideri said Kashif now holds the additional distinction of being the youngest person to reach the summit of both K2 and Everest.

“My message to the world is challenge your limit, cross it and get what you desire,” he said.