Justice should be quick and it should be promptly executed 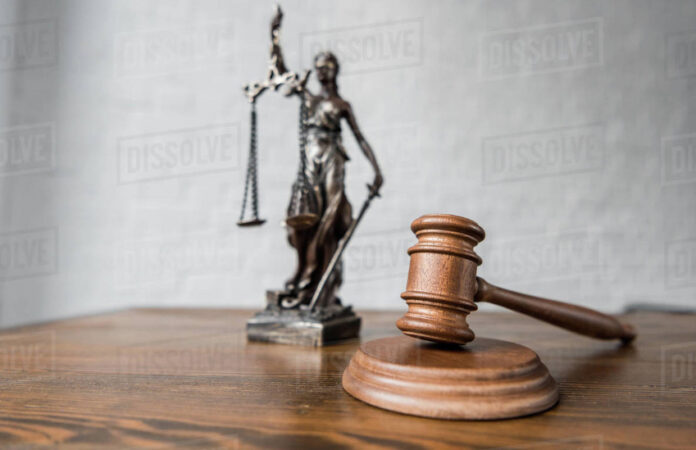 The gruesome and barbaric murder of a 27-year-old girl, Noor Mukadam, in Islamabad just a day before Eid has jolted the city like nothing else could. People still find it difficult to believe that some such dastardly thing could actually happen in their city. Every time I speak to my daughter, Mahnoor, who is at a college in Boston, she begins sobbing. Noor was a couple of years her senior at school. She knew her as young kids would know one another. No matter how hard I try, she won’t be consoled. She continues to languish in a state of disbelief. She actually wants me to tell her it was all a rumour. It has not happened.

People tell me young girls are afraid of sleeping in their bedrooms, even stepping out of their homes. They are just scared. Is this the way we would wish our country to be recognised in the world – by the number and savagery of its predators?

Everyone is clamouring for the guilty to be punished. But, tragically, this is going to be a long and treacherous trail on the way to securing justice for the deceased. Particular apprehension was being expressed that, being a dual national, the killer, Zahir Jaffer, scion of a moneyed family, still be delivered in this country. That fear is no longer a factor since the US Embassy has issued a statement saying that it would not interfere in the case.

Violence is a stigma on the face of the society. Even a sea of tears cannot wash away the pain that Noor’s parents, her siblings, her friends and the noble among the society will suffer from for a lifetime. Let’s not allow her passing to go in waste. Let’s erect a plaque somewhere close to where the grisly murder was committed, or any other appropriate place, in remembrance of her sacrifice and the need for cleansing this society of its violent streak and teaching it the lofty ideals of humanity and kindness

By all accounts that I have heard, Noor was a wonderful child in the prime of her life. People who knew her tell me that a smile never deserted her face. That speaks of the goodness that she nurtured within her, which may also have been one of the reasons why she was trapped by this monster, ending her life in such a savage and heinous manner. She did not deserve it, nor would any child if subjected to a similar fate.

It is not important why she was where she was, or what was she doing there, or how did she get there. The important thing is that she was decapitated by a person whom I shudder to call a human. He is some animal on the prowl wearing a human mask. He is a monster, a demon, a behemoth. There are punishments prescribed for such animals in the Constitution of Pakistan. The state and its leadership must ensure that those punishments are awarded and executed as, otherwise, there would be no writ to work with. It must also be done without delay, which is traditionally associated with the decayed justice system that is practised in this country.

What is worrisome is that cases of rape, murder, acid throwing, burning and such other crimes have been on the increase in our society. This could be because of the innate frustrations that it is afflicted with. But, more than that, it is because of the absence of justice in our midst. Such cases, if registered at all, linger on for years which are ultimately either dismissed altogether, or end with meting out cosmetic punishments which are a joke.

There is no organised and credible facility for treatment and rehabilitation of such people as would be available in all civilised countries. In spite of the increasing number of these monsters roaming around, no attention is paid to set up curative centres so that these animals could be taken off the streets. The worst aspect is the presence of quack facilities which operate with abandon, without any professional expertise, dishing out certificates which render just about everyone eligible to delve into an immensely risky area of therapy which requires the highest level of qualification and training. Every second person one meets, particularly among the elitist segments of the society, is engaged in some such activity for the sake of minting quick money. Therapy Works which has been mentioned in connection with Noor’s murder appears to be one example of how unprofessionally monsters are spread out in the society in the name of helping people with their psychological maladies.

The availability of drugs in Islamabad has assumed harrowing proportions. According to those who are aware, these are home-delivered by the agents of drug dealers. So many bright young people have fallen victim to this curse. Their lives and careers have been ruined and those of their parents turned into living hells. A comprehensive and urgent clamp-down should be ordered against this nefarious trade and their perpetrators brought to swift justice.

Noor is gone and shall not return. But none else should be as barbarously treated as she was. The first priority is that she gets justice and the person who put her through this along with all his aiders and abettors are duly punished for this bestial crime. No one should be spared on one pretext or the other. Understandably, effort is being made to exert pressure on Noor’s parents to compromise and take ‘khoon baha’ (money for blood). In spite of the abominable harm this law has done to our society, it remains part of our legal parlance. This and all other such pressure tactics should be resisted with full might of the state and society.

The justice system itself emerges as the main culprit in such cases. In spite of ample proof of crime available, the judgment takes a trip to eternity and back to be pronounced. Noor’s case should be tried on a daily basis and its judgment handed down within a stipulated period of time which should not exceed three months at the most. There is non-contentious evidence available which should be enough for the judgment to be dispensed.

In the existent state of disrepair that the society is trapped in, the above would appear to be a dream bucket list. But we should not forget that the way we are losing out on some of our brightest stars and finest human beings can actually ruin the very fabric of life around us. It already hangs by a tenuous thread. Unfortunately, no attention is paid to such ailments unless a mammoth tragedy strikes us. Even then, we largely remain hostage of a dysfunctional system which works by contacts, pressure and pelf, gradually leading people to losing faith in it and taking the delivery of justice in their own hands. This is why we have an imponderable level of barbarity in our midst which is becoming a near norm. This is plain scary.

The society needs healing. It should be constantly reminded of its infirmities and the criminal germs which have penetrated within its layers. There is no quick recipe to get rid of that. But it is also a reality that, to facilitate even a minimal cure of the society, it must not only be rid of these maladies, but also their causes – the latter being more important than the former because if that does not happen, instances of this kind would continue to be repeated, ever more frequently, ever more brutally. And the government alone will not be able to do this. It is through a collective effort comprising the state and the people that we can cope with the challenge which has grown alarmingly in the recent past and which poses a threat to our homes, our families, our children, our peace and our surroundings. We can’t sit back and let the government handle it all. We have to be up there in front urging and helping it accomplish this immensely challenging task.

Violence is a stigma on the face of the society. Even a sea of tears cannot wash away the pain that Noor’s parents, her siblings, her friends and the noble among the society will suffer from for a lifetime. Let’s not allow her passing to go in waste. Let’s erect a plaque somewhere close to where the grisly murder was committed, or any other appropriate place, in remembrance of her sacrifice and the need for cleansing this society of its violent streak and teaching it the lofty ideals of humanity and kindness. I believe Noor deserves at least this to always remind us that she suffered to leave behind a message of compassion and goodness.