A note about my late father 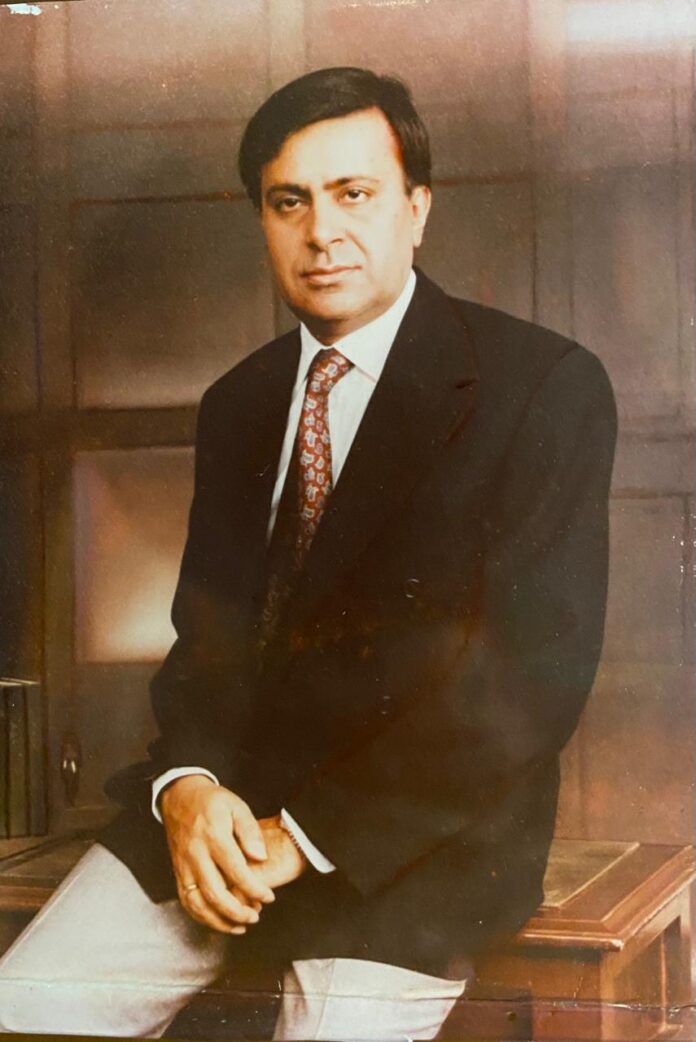 ‘You don’t simply do journalism. You have to live it’. This is what my late father Arif Nizami would say to me whenever my work was not up to par. It wasn’t something that he just said, he abided by it. Having seen him at home as a father and husband while also having the pleasure of working under him in this paper for what now seems like an unfortunately brief period, I can safely say that his commitment and dedication to his work was simply unparalleled. In fact, even during the last few months of his life, despite the doctors and his body telling him to dial it down, he still wrote the columns that needed to be written, briefed reporters on stories that warranted telling and appeared on television for his show, ready to analyze the news in his own gentle and unique way for the viewer.

This is not to say that he was a workaholic, as one of his many talents was to maintain a fair balance between work and family. Although, due to the nature of the job and the uninterrupted flow of news, the work was always there, but whenever I required his undivided attention to seek advice or just to talk, he was there for as long as I needed him. I think it will be those conversations we had, where he would draw upon his own life experiences to impart valuable wisdom, that I will miss the most.

Apart from the plethora of tribute messages I have come across since his passing, the ones from his former and current colleagues are the most touching. Their experiences with ‘Arif saab’ defined in their testimonials have allowed me to glimpse into how he operated, running a tight ship, allowing his team the freedom to pursue important stories fearlessly, while having their back. He was after all, for the longest time, a reporter himself, and he never really shed that skin of his

He was a cultured man, a fan of good music, especially jazz, a film and TV buff who enjoyed good food. I experienced and learned to spot the good stuff because he introduced me to it at an early age. He remained terribly busy throughout his life but would take time out for himself, grab a book, put on some light music in the background and just read in his study. I can’t forget those weekly dinners we would go to as a family, typically a new place that had opened up, where without fail someone from the office would walk in around 9PM with first drafts of the editorials for the morning paper that he would edit there and send back. There were no smartphones back then, just paper, printers, faxes and a red ink pen.

One of his passions, other than journalism, was to dress well and I was told the other day by my uncle that this was something he inherited from his late father Hameed Nizami. Suits, ties, shoes and cufflinks; he would meticulously yet effortlessly combine a variety of these items he had in his wardrobe for formal and official engagements, looking dapper each time, while maintaining a completely separate section for the more informal of occasions. I have always tried to copy his style with some success; I still do and will continue to do so. It was an important part of his persona, to look good anywhere he went as it complemented the sort of person he was, good at heart and always there to help.

‘Your friends are your asset, invest in them, you won’t be sorry’. This is a belief that my father lived by with unwavering devotion. Throughout the trials and tribulations that he faced during his life, there was always an individual or a group of people eager to do their part, just as he had done for them when they needed him. I have grown up around these individuals; these are strong men and women who don’t forget a favour. It is a valuable life lesson that I have seen in action and endorses my belief that genuine unadulterated kindness always reciprocates.

Apart from the plethora of tribute messages I have come across since his passing, the ones from his former and current colleagues are the most touching. Their experiences with ‘Arif saab’ defined in their testimonials have allowed me to glimpse into how he operated, running a tight ship, allowing his team  the freedom to pursue important stories fearlessly, while having their back. He was after all, for the longest time, a reporter himself, and he never really shed that skin of his.

Arif Nizami lived a full life on his own terms. He was more than just a father to me, he is my idol and his loss will be insurmountable. It is however an undeniable fact and I would be remiss not to mention here that none of what my father achieved in his life would be possible without his wife, my mother, in his corner. They both navigated through happiness, pain and suffering together as a team and came out stronger each time. Theirs was a codependency and relationship that even the worst of times and people could not compromise or damage.

The writer is Editor, Pakistan Today. He can be contacted at [email protected]