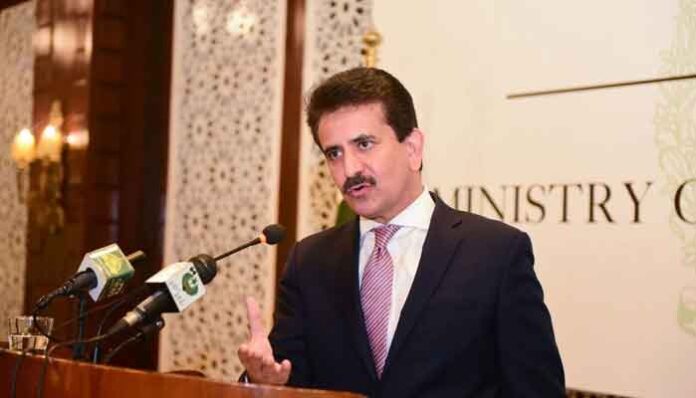 Pakistan will be hosting the Afghan Peace Conference from July 17-19, 2021, said Foreign Office spokesperson Zahid Hafeez Chaudhri on Thursday during his weekly media briefing in Islamabad.

“Any speculations about the postponement of the conference are entirely baseless,” said Chaudhri, adding that the conference will “provide momentum to the ongoing efforts for peace in Afghanistan”.

According to Chaudhri, a number of Afghan leaders have already confirmed their participation. To a question, he responded by saying the Taliban are not among the invitees, reported Geo.

He said Pakistan hopes that this conference “will provide impetus to the ongoing efforts for peace in Afghanistan”.

Chaudhri said that Pakistan has repeatedly called for an inclusive, broad-based and comprehensive political settlement in Afghanistan.

“We have no favourites in Afghanistan and we stand with the people of Afghanistan,” he stressed.

He went on to state that Pakistan is “engaged with all sides in Afghanistan” as part of the country’s efforts to facilitate the Afghan peace process.

“We once again reiterate the imperative of a political settlement in Afghanistan,” the spokesperson added.

Chaudhri said that while Pakistan has played an important role in the peace process and it remains committed to facilitating it in future as well, ultimately, it is the Afghans themselves who have to decide about their future.

“At this critical juncture, all Afghan stakeholders must work out an inclusive, broad-based and comprehensive political settlement for durable peace and stability in Afghanistan,” he said.

He said Pakistan also calls for a meaningful engagement of the world community for promoting reconstruction and economic development in the post-conflict Afghanistan which is vital for sustainable peace and stability in Afghanistan.

“We also believe that a peaceful settlement of the Afghan dispute should also lead to a dignified and time-bound return of Afghan refugees,” he said.

Pakistan hosting more than 3 million Afghan refugees, does not have capacity for more: Qureshi

“This is the time that friends and partners of Afghanistan must remain closely engaged to advance shared goals and objectives,” he added.

Responding to a question regarding Tehreek-e-Taliban Pakistan militants in Afghanistan and whether they will be sent back to Pakistan, and the use of Afghan soil against Pakistan, he said that Pakistan “has always maintained that peace in Afghanistan is in Pakistan’s interest”.

Any security vacuum in Afghanistan can be exploited by spoilers. We have shared evidence of Indian use of Afghan soil for state-sponsored terrorism against Pakistan, he added.

Pakistan continues to host over three million Afghan refugees for over 4 decades. We are not in a position to cater to a further influx of Afghan refugees, and for that peace and stability in Afghanistan are important, the FO spokesperson said.

Speaking of the Taliban gaining control of the Spin Boldak crossing point, he said that this crossing point is used by over 20,000 people on a daily basis.

“The crossing helps sustain many Afghan families. It is therefore important that the border is re-opened as soon as possible,” he said.

The FO spokesperson also spoke about Pakistan’s neighbour to the east, India.

“Pakistan has yet again presented clear evidence of India’s financial and material support of terrorist activities in Pakistan,” said Chaudhri, referring to a detailed media briefing following a probe into the terrorist attack in Lahore, which unearthed the involvement of RAW, India’s intelligence agency.

“We have pointed out in the past as well that India has been actively aiding and abetting terrorism to destabilise Pakistan and imperil regional peace,” he said.

Chaudhri reminded everyone that last year Pakistan had shared “irrefutable evidence of India’s sponsorship of terrorists, violence and instability in [the country] resulting in indiscriminate attacks against innocent civilians leading to loss of precious lives”.

“We call upon India to eschew the use of terrorism as an instrument of state policy, dismantle its terror infrastructure against Pakistan, arrest the perpetrators of the Lahore attack and bring them to justice without any delay,” the spokesperson said.

Speaking of the situation in India-occupied Kashmir, he said Yaum-e-Shuhada-e-Kashmir was observed on July 13 to pay homage to the 22 Kashmiris, who laid down their lives fighting the brutal Dogra forces in Srinagar in 1931.

“The courage of these martyrs galvanised an unparalleled struggle for self-determination in 1931 that continues till date,” said the spokesperson.

He said over 390 Kashmiris have been martyred by Indian forces in occupied Kashmir since August 5, 2019, alone.

“Only recently, an elderly woman was deliberately crushed to death under an army vehicle used by the Indian occupation forces while she was crossing the road in Nadihal village on Bandipora-Srinagar road,” Chaudhri said.

“We once again call upon the international community, particularly the United Nations and human rights organisations, to investigate the persistent extra-judicial killings of Kashmiris by Indian occupation forces and bring the perpetrators of these heinous crimes to justice,” he added.