The war on terror continues 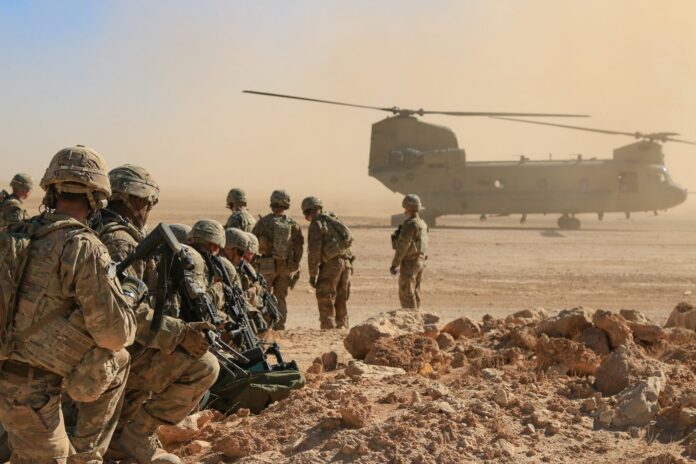 Pakistan as a state has been facing the major challenge of terrorism for decades and efforts are being made to tackle the scourge of terrorism as a state. However, compared to the past, our state and institutions have not only made sacrifices in the ongoing War on Terror but also achieved a number of paramount achievements, which is why the situation of terrorism is not the same as it was in the past 10 years, but the new wave that has erupted after the terrorist incident in Lahore’s Johar Town indicates that the War on Terror is not over, but continues.

There is no doubt that anti-national elements are behind the new wave of terrorism in Pakistan and all of them are trying to destabilize Pakistan. Terrorists have said that even a city like Lahore is not out of their reach. The IGP Punjab also admitted that they have 65 threat alerts and receive hundreds of alerts every year. However, if we want to curb terrorism in Pakistan, the Counter Terrorism Deprtment needs to be more active and organized. As long as the CTD remained active across the country, the backs of terrorists were broken, but since the CTD became inactive, anti-national elements, especially the terrorists of the banned Tehreek-e-Taliban Pakistan, have been active in the country again. Pakistan’s security forces had wiped out the TTP by conducting operations in several areas, but the bomb blast in Lahore shows that the TTP is once again targeting Punjab.

While the Lahore blast points to loopholes in internal security, there is also a hint of a re-emergence of terrorists at the internal level. If this blast is to be traced, it is the same strategy that we have consistently seen manifested in the 1990s, and even then, cowardly and weak Eastern enemies continued to target civilians by bombing major cities in the homeland, and this was stopped after the arrest of an Indian spy like Sarabjit Singh. At a time when on the one hand the Modi government in the East is staging a failed All-parties Kashmir conference and in the West the USA is in the final stages of withdrawing from Afghanistan, demanding military bases from Pakistan, while Pakistan has categorically denied it. Prime Minister Imran Khan’s refusal to the USA is not a trivial matter, its effects will be compounded on Pakistan, for which we desperately need to be vigilant.

For peace to prevail in the region, it is necessary to establish peace in Afghanistan. When Afghanistan is completely free from foreign domination and the law and order situation there improves, Pakistan will definitely be on a new path of development. But at the moment, the ground realities are giving a different signal.

India, taking advantage of the changing situation, is obstructing the withdrawal of US troops from Afghanistan and instigating terrorism to spread instability in Pakistan, as the presence of RAW network in Pakistan, the arrest of several Indian facilitators, including Kulbhushan Yadav, cannot be denied. Although we are much safer today than we were a decade ago because of the unscrupulous and selfless sacrifices of the institutions that guarantee national security and the repulsion of terrorists at home, to deny the presence of sparks would be self-deception.

Undoubtedly, anti-national elements inside and outside the country are carrying out terrorist activities in Pakistan by forming a nexus. After the Lahore blast, a new wave of terrorism may come to the country. At this time, there is a need for security inside the country to be foolproof, in order to succeed in the War on Terror. It is imperative that when security alerts are issued to a particular place or institution or individual, they be immediately addressed and steps should be taken as soon as possible to thwart possible attacks. Our security agencies need to set up separate cells to respond immediately to such terrorist alerts, so that terrorists are not allowed to succeed in their nefarious intentions. The War on Terror is not over yet, it is still going on, so it is necessary that the last terrorist be wiped out from the country while maintaining high alert across the country, and that the people will not panic before the terrorist incidents nor panic in the future. The entire nation stands united with the security agencies against the nefarious intentions of the terrorists.