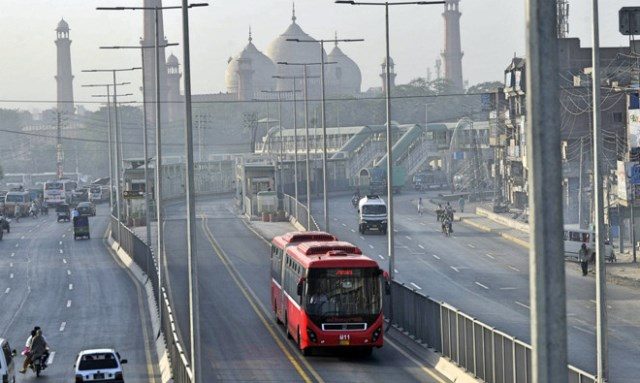 LAHORE: Lahore Metrobus service was temporarily suspended for inspection of its fleet after a bus cau­ght fire on Thursday.

The incident occurred in the morning when a fleet of 26 buses was heading for Shahdara. As the fleet reached near Azadi Chowk, one of the buses caught fire.

The driver immediately applied emergency brakes and jumped out of the bus. A Rescue 1122 team rushed to the site and extinguishing the fire.

There were no casualties, a rescue official said.

After dousing the fire, the bus was first taken to Shahdara and then to the maintenance depot on Ferozepur Road.

According to reports, the air conditioners of 90 percent of the buses were not in working condition while the wiring also needed replacement.

The fire caused millions of rupees in losses to the Punjab Masstransit Authority which is now left with 51 buses to cover the entire city.