Fake News is the Enemy of Democracy 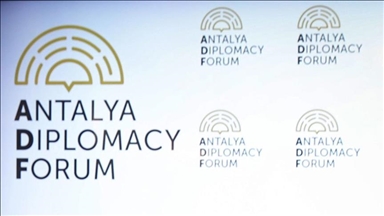 “Antalya Diplomacy Forum” is a high-level gathering of professionals attended by political leaders, diplomats, media practitioners, opinion-makers, and academics. It presents an excellent platform for regional and global actors from the spheres of diplomacy, policy, and business to exchange ideas and address international challenges.

Diplomacy remains the core method of communication among leaders and states. There is a whole set of other structural and systemic changes in the international environment that the diplomacy profession should respond to. This year, Antalya Diplomacy Forum provided an opportunity to highlight a grave issue we all are facing and that is Fake News.

The biggest issue in media communication of the day is fake news, a piece of news, with tilted trajectory, twisted references, and with exaggerated linguistics accompanied by unnecessary paralinguistics. Today’s newsroom replicates a theatrical performance and of course, the news anchor is replaced by a performer, who is unable to remain subjective thus inculcate all theatrical techniques of dialogue delivery, to hyper emotion and expression, sensation, and personal connectivity.

Two major factors are responsible for this dire situation, one corporate media and the second desire of getting maximum attention in minimum time. Corporate media has deleted all the objectivity in the Mass Communication profession. Media hubs have their personal agendas based on personal preferences mainly motivated by money. The situation demands puppets. And puppets, in need to survive sell their soul to the devil.  This leads to a combination of puns, sarcasm, hate, irrelevant empathy as a news story. The sacred duty of delivering the news without any suffix of emotion and personal agenda has become a thing of the past. For the sake of exaggerated, crafted reality newscaster require extra artifact, music, colors illustrations, etc. In this rat race, right and wrong get blurred, and the one who can excess more can influence more.

Fake or crafted news has got the full-fledged form of communication war, strong media houses, on the basis of unlimited resources can twist news and spread it in the way their agenda is required. The news have changed its shape and become an entirely different or some time exact opposite of the actual situation. One of the top international news channels, I will withhold its name, provides enough material to study how fake news can be cooked. If we review news about invasions of Afghanistan, Iraq, and Libya, there were stories of rescuers, the angel rescuers who flew to free the innocent from oppressors and this recipe continued during the entire “War on Terror” phase. Acceptable and believable plus approachable, just cook it present it, and invade wherever you want.

During the same period, this recipe got leaked and reached many other media houses and they all get thrilled by acquiring the ability to sensationalize by changing reality. One thing that they forget was that it will affect them in a very negative way. They may survive for a couple of years but eventually, their fake news will become a backlash for themselves.

The biggest issue in media communication of the day is fake news, a piece of news, with tilted trajectory, twisted references, and with exaggerated linguistics accompanied by unnecessary paralinguistics.

The human brain can be fooled but not for long, momentarily the cognitive system relayed with the storytelling but it is capable of reasoning, judging, and evaluation that’s why it cannot be fooled for long. The human mind can connect the missing dots masterfully; in fact, it is part of its survival mechanism.

This circus of fake news affected the masses from the core, fake news media centers have open space to play by their rules. Mainly all other media outlets tried to keep their integrity intact, they neither become part of the fake news club nor they tried to counter fake news but with the passage of time fake news scenario has become unbearable. The aftermath of fake news primarily in the form of Islamophobia and mass killing and destruction in the name of “rescue” has left no other option but to react. TRT, Al Jazeera, and RT could be considered important to counter-attack in the communication war but these three are not enough and we need a holistic collaborated effort to save us and our coming generations from the terror of communication war.

During the session “Infodemic and Fake News in the Virtual World” within the Antalya Diplomacy Forum rightly indicates that Social media magnifies fake news and the use of Artificial Intelligence (AI) to manipulate human cognitive systems.

Participants of the Forum were of the view that there was a dire need for an agreement between states, media, and Big Tech companies on the way forward to effectively counter fake news.

Hikmet Hajiyev who is Foreign Policy Advisor to the President of Azerbaijan stated that Artificial Intelligence (AI) is meddling with facts being provided to receivers and users of news. Lolwah Rashid Mohammed Al-Khater who is a Qatari diplomat, and the first Qatari woman to hold the position of Spokesperson for the Qatari Ministry of Foreign Affairs and Assistant Foreign Minister of Qatar was of the view that there is a dire need to review the entire world of social media because it has become lethal for democracy. Iulian Chifu who is an Associate Professor, at the National School of Political and Administrative Studies Bucharest gave a review of how fake news had been distributed in the last decade. Presenter of TRT News and senior journalist Elif Berreketli indicated that fake news is spreading confusion and real news sometimes is suppressed due to speed and huge footprints of fake news. Portuguese politician and political Bruno Maçães stated that fake news is an enemy of Democracy.

I support the opinion of Macaes that fake news is making Democracy more fragile in developing countries where they are already fighting against cartels and powerful apolitical groups and all stakeholders of democracy must stand together to Fight Fake News.

“The only difference between being uninformed and misinformed is that one is your choice and the other is theirs.” ― Frank Sonnenberg.