Rural areas to be brought at par with developed counterparts: Firdous 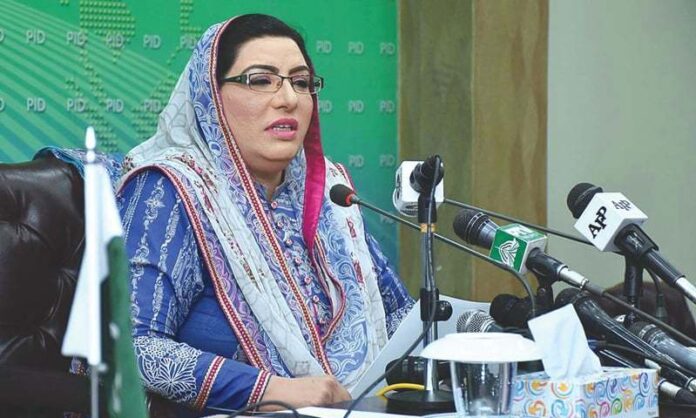 LAHORE: Special Assistant to Punjab Chief Minister on Information and Broadcast Firdous Ashiq Awan on Monday said that the provincial budget would be in accordance with the aspiration of people, and would bring neglected areas at par with their developed counterparts.

The sustainable development of every city and human development are the main targets to be achieved in the budget, she said while speaking to a news station.

She also hailed the federal government for presenting what she said was a people-friendly budget in which special relief has been provided to the deprived segment of society.

She said the Punjab government would follow the foot steps of federal government and present a similar budget, which would usher in an era of progress and development in the province.

She said government employees were also being provided relief and their salaries were being increased in the budget.

Awan said that the budget was a reflection of the party’s manifesto, which would open the doors of progress and prosperity in Punjab, adding that we have determined our priorities while remaining within our resources.

Responding to a question, she said: “We would get opposition’s suggestions regarding issues of public, adding that priority would be given to education, infrastructure and transport sectors besides ensuring the provision of clean drinking water as well as the development of other social sectors.

Awan said the facility of healthcare cards would be extended to the entire province by year-end as well.

LAHORE: Punjab Chief Minister Usman Buzdar on Tuesday ordered the Water and Sewerage Authority and his management to remain on high alert due to...
Read more
LAHORE

LAHORE: The Lahore High Court on Monday allowed time to the Punjab government to implement a Supreme Court judgement on the restoration of local...
Read more
- Advertisment -