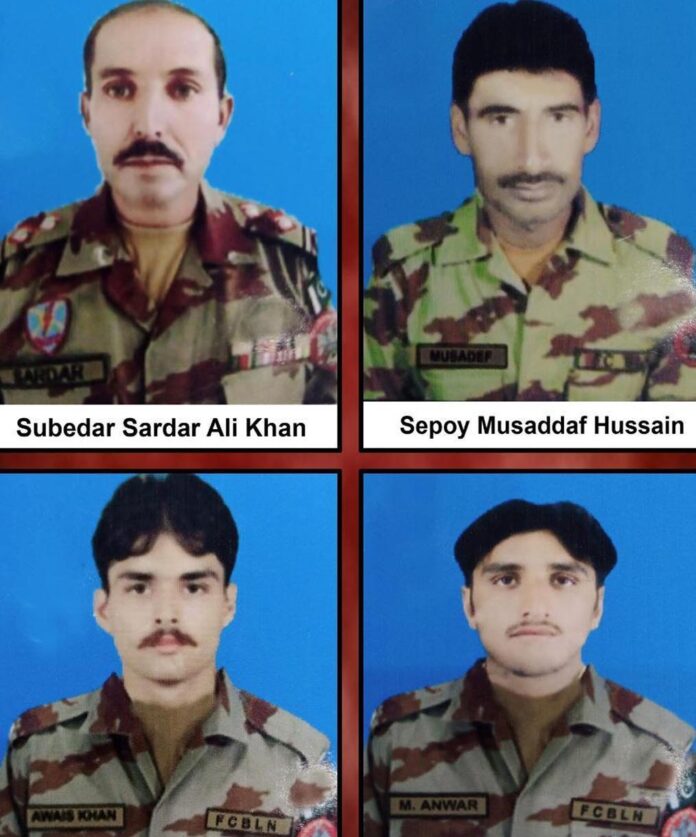 According to a press release issued by the Inter-Services Public Relations (ISPR) on Monday, the martyred troops were deployed on the security of Marget Mines. The suspected terrorists used an improvised explosive device in the attack.

A large scale area clearance operation by Balochistan FC to hunt the terrorists was underway, the press release stated.

Such cowardly acts by inimical elements cannot sabotage the hard earned peace and prosperity in Balochistan, the ISPR said, adding that security forces are determined to neutralise their nefarious designs even at the cost of blood and lives.