Development in Merged Areas to get a makeover as KP Govt reengineers planning framework. 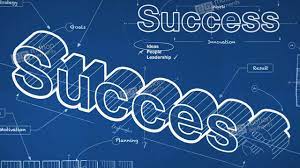 Every day as the land greets the morning sun, Mehmood, a farmer hailing from Bajaur district, would wrap a faded-peach scarf on his head and trudge towards his cattle to plough the wheat field. Mehmood has lived a tough life, like most people from the Merged Areas. Having one too many mouths to feed, his tired hands needed an overhaul, an efficient way to farm and earn a livelihood. He had a tractor but maintaining it often came at the cost of his family going hungry. Machinery was not the answer to his problems.

Relief strategies to provide support to struggling farmers like Mehmood in the Merged Areas were not reaping the kind of results the Khyber Pakhtunkhwa government had anticipated. To streamline its efforts and boost development in the region, the government has decided to mull over implementing a new planning tool with the technical support of Merged Areas Governance Project (MAGP) of United Nations Development Programme (UNDP), called the Programming Approaches/Analytics and Measures Framework (PAMframe). The MAGP has a track record in bringing out innovations that question why things are done the way they are done to find room for improvement.

Kalsoom Rehman, who works as a planning officer at the Agriculture Engineering Department, said that the PAMframe has given the government’s traditional planning process for development projects a new vision. “Earlier, the planning process began with a top-down approach, meaning a development project would be introduced in the hope it would secure multiple benefits for the public. Sometimes, the results that we had hoped for would materialize. Other times, they would not,” Rehman said.

With the PAMframes in place, planning will now not just be about allocations for schools, but the holistic allocations required for meaningful education that creates change. And for every sector it is applied to, the results will similarly be transformative.

“We realized that simply buying tractors was not going to help the agricultural department meet its long-term goals such as increasing food production and generating sustained income for farmers,” she added. “There were many layers to the problems farmers in the Merged Areas faced. First, we need to specify on which piece of land the harvest is going to take place, and that would only be achieved once a land dispute is settled. Then, we would look into what crop would be most suitable for that area, management of water resources and what capital investment would the farmer require instead of just putting in an order for tractors.” Tractors on their own is no solution.

Bushra Aslam, an MAGP associate working on the PAMframes strategy, explained this new planning tool essentially strengthens linkages between the various government departments and evens out socio-economic development across the sectors. “For example, if the government wants to construct a school, it first needs to define the number of students that could be enrolled before planning the blue-print of the building. The government would also plan for number of teachers that would be needed to ensure quality education. It would then also need to plan for the power consumption and other capital investment to maintain the school’s daily operations,” she said. “Simply erecting a school building would not improve the literacy rate in the region, and for that, several departments need to work together,” she added. PAMframes center what needs to be achieved rather than what can be sanctioned.

Aslam further explained that PAMframes allows for improved visibility and effective communication between all the line departments involved to uplift a sector, be it education, health, or agriculture.

The idea of PAMframe came from a provincial cabinet meeting earlier this year when a conversation started about monitoring the progress across the developing sectors in Merged Areas. Policy makers wanted to ensure the government’s monetary investments were being utilized for the interventions in the most efficient manner to reap the desired growth on the grassroots level.

“In another two or three months, we will have a framework (PAMFrame) that will helps us have a clearer picture about where the taxpayers’ money is going,” said Shakeel Qadir Khan, the KP additional chief secretary. “We will also be able to quantify the outcomes of the various development projects across sectors.”

“Our current planning system is largely focused on launching a bunch of development projects and setting implementation targets. But what the system lacks is the ability to to measure the impact of our development portfolio,” the additional chief secretary added.

“Employing the PAMframe approach will provide the provincial government an opportunity for the departments to define what is needed for a successful implementation of the project as well as measure its output effectively,” he added.

The integration of the PAMframes within the system has been distinguished as a major step forward to streamline the planning of development schemes and initiatives of the provincial government.

“If we look at the labor market abroad, there are more people from KP working abroad in comparison to Punjab but the remittance it received is many times higher than that of KP because people are more aware about the banking and remittance system,” said Muhammad Islam Afridi of the KP Higher Education Department. “Our department’s long-term goal is to provide quality higher education at an affordable cost. PAMframe will allow for us to identify the gaps that exist in achieving that goal and how to achieve those in a more tangible manner,” he added.

Additionally, with the PAMframe planning tool, the government will be able to scan development projects more rigorously while deliberating on the allocation of funds for that initiative.

“This model is an excellent initiative to overcome spending money on certain activities that are duplicative, because it incorporates the input of all stakeholders and parties responsible for an efficient implementation,” said Nasir Ghafoor Khan, the chief engineer at the Department of Irrigation. “We are able to identify and fill in the gaps that were often not taken into consideration in the planning phase, and boost socio-economic condition of Merged Areas.”

With the PAMframes in place, planning will now not just be about allocations for schools, but the holistic allocations required for meaningful education that creates change. And for every sector it is applied to, the results will similarly be transformative.

N Burki
The writer is a freelance journalist from South Waziristan

July 30, 2021
The Karakorum Highway between Chilas and Gilgit was again blocked for all types of traffic. The road was hit by landslides at Raikot to Lal...