Czech-Pakistan Chamber of Commerce at work 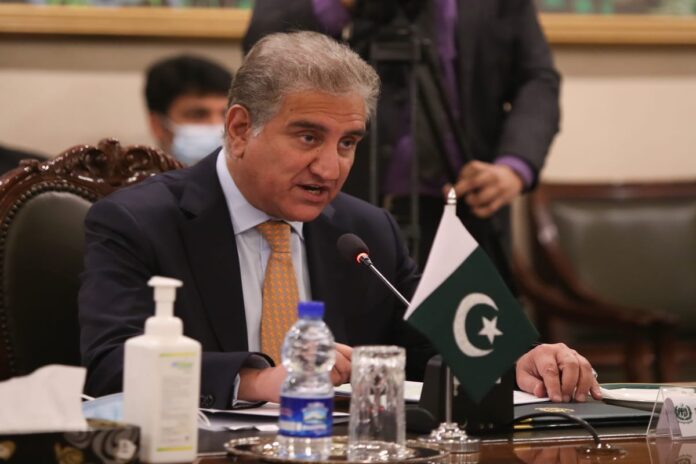 Economic relations are the foundation of today’s diplomacy, and history has witnessed that the failure of economic diplomacy caused the disintegration of the former Soviet Union because the USSR had many friends but no buyers out of the socialist circle.

Students like me who are away from their homes are always proactive to promote the qualities of the motherland as the production hub of fruits, wheat, rice, and so, but in a country like the Czech Republic, it is difficult to showcase Pakistan as a land rich in agriculture and other fields because Pakistan exports to the Czech Republic were $53.6 Million during 2020, according to the United Nations COMTRADE database on international trade. Pakistan had never worked seriously to cater to the opportunities from Central and Eastern Europe and our focus had been only on North America and three major countries of Europe–United Kingdom, Germany and France. Just imagine, less than $60 million with a country that had diplomatic relations with Pakistan from the first year of its independence.

Although the Czech-Pakistan Chamber of Commerce was created and registered in May 2020 for economic outreach in the Czech Republic by the Embassy of Pakistan, the formal launch of the chamber was repeatedly delayed due to covid-19-related restrictions imposed by the host government, but now an official ceremony was held on 8 June in collaboration with the Embassy of Pakistan in the Czech Republic. The embassy hosted a select group of business executives and other professionals who showed great interest to do business with Pakistan.

The reason to arrange this event was primarily to present the Czech-Pakistan Chamber of Commerce, its aims, and objectives.

According to the Pakistani Ambassador in Prague, Khalid Jamali, the aim of this initiative was to promote Pakistan as one of the most attractive business destinations in targeted areas of interest and the objective was to facilitate the businessmen in connecting and explorng the opportunities on both the ends. Ambassador Khalid Jamali exemplified the utility of mutual trade and commerce by giving the example of CPEC, as a modern-day model of catering to mutual business interests.

Time has shifted, trade monopoly is facing resistance, and trade based on political, ethnic, or religious bases will soon become a thing of the past. Former bloc formation where free trade had been marginalized and allies had to abide by the bloc rules, is not only frustrating but rather counterproductive.

Now nations are moving towards multiple alliances, military alliance and trade alliances are being dealt with on separate parameters. The initiative of China doing business with Iran is a recent example.

One thing is common between Czechs and Pakistanis is resilience and survival. Czech lands have endured oppression and occupation from the Holy Roman Empire, the Austro-Hungarian Empire, and Soviet invasion after Nazi barbarism. They survived socially, psychologically, and economically, the same as Pakistan from its existence in 1947 facing neighbor’s animosity resulting in two wars, then the Afghan war and a continuous fight against extremism. The patience and endurance of both countries can help in the formation of a long-lasting, mutually productive relationship.

Economic diplomacy boosts public diplomacy; and trade not only provides economic opportunities also people-to-people interaction. By creating a commerce chamber, Pakistan Embassy in Prague has also created a passage for public diplomacy. Firsthand knowledge is a key to shun misunderstanding, while direct human interaction breaks the barriers of personal biases and helps to stretch the personal comfort zone.

We have an excellent example of how India had won favours from several countries of the Muslim bloc due to its proactive economic and public diplomacy. Leading countries of OIC are shy to ban trade with India over the Kashmir issue and only support this issue verbally without taking any concrete step against the Indian genocide in Indian Occupied Kashmir.

The Czech-Pakistan Chamber of Commerce will hopefully facilitate Pakistani and Czech youth in exchange programs, while the businessmen, academia, artists, and media persons of both sides will outreach and will start a new era of mutual respect, understanding, and utility.

One should understand that if businessmen work in synchronization with the diplomatic cadre, then they always will look for the opportunities of serving Pakistan’s interest, nd they are front line warriors, fighting to build a positive and productive image of Pakistan.

The dustbin of history is littered with remains of those countries that relied on diplomacy to secure their freedom. We must never forget … in the final analysis … that it is our military, industrial and economic strength that offers the best guarantee of peace. — Ronald Reagan

Facebook
Twitter
Linkedin
WhatsApp
Email
Previous articleFATF: A tool to coerce Pakistan to toe the US line
Next articleIn search of Afghan peace