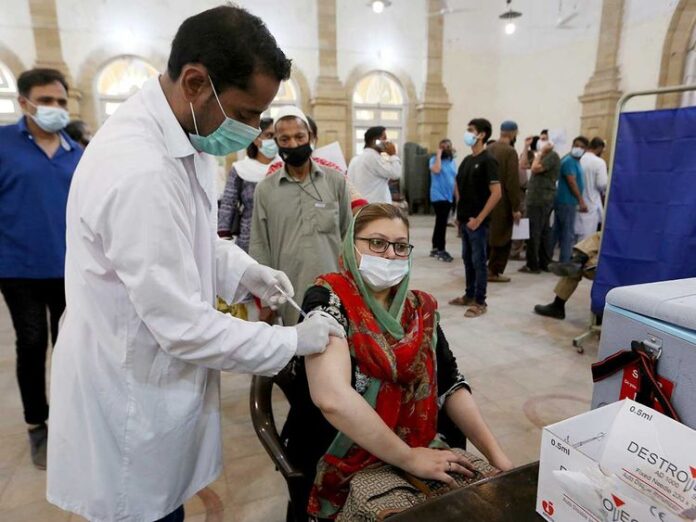 The NCOC said in a statement that the overall caseload had risen to 937,434, including 871,669 recoveries since February last year when the first case of its kind was reported in Pakistan.

There are a total of 44,236 active cases who are under treatment across the country, including 2,967 being in critical condition.

According to the NCOC, the pandemic killed 76 people during the last 24 hours, increasing the death toll to 21,529.

Punjab is the worst-hit region by both the number of infections and deaths where 343,252 people were infected and 10,436 lost their lives, followed by Sindh which reported 325,738 infections and 5,183 deaths.

On Wednesday, the NCOC said the country has vaccinated over 10 million doses of Covid-19 vaccines across the country.