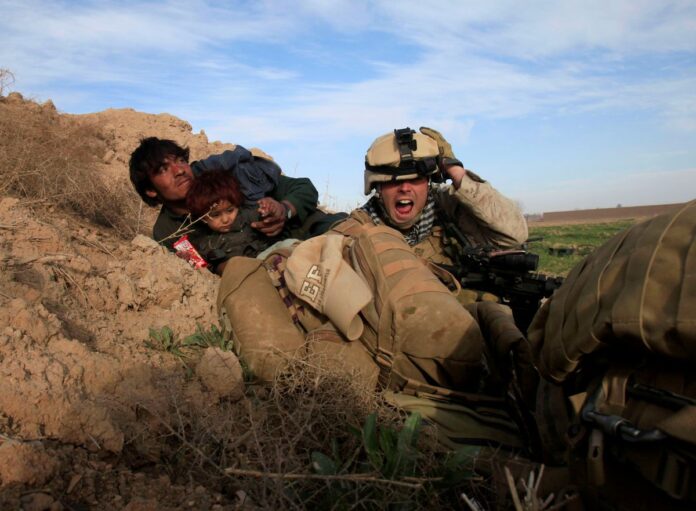 THE HAGUE: The Afghan foreign minister and prosecutors from the International Criminal Court have met in The Hague to discuss the ICC’s war crimes investigation in Afghanistan, both sides said in a joint statement on Sunday.

The ICC is investigating alleged war crimes and crimes against humanity committed in Afghanistan since 2003 by all sides in the conflict, including by government forces, the Taliban, other armed groups, and US-led forces.

Shortly after the ICC announced its investigation in March last year, the Afghan government said it is conducting its own probe into some of the same alleged crimes and asked the international court to defer its investigation.

“We have made encouraging progress in charting the way forward to ensure that no crime goes unpunished,” said Afghan Foreign Minister Mohammad Haneef Atmar in a joint statement with the ICC’s Office of the Prosecutor.

Atmar met prosecutors in The Hague, Netherlands, where the ICC is based.

Under ICC rules, the court only has the power to prosecute crimes committed on the territory of member states when they are unwilling or unable to do so themselves.

In the joint statement on Sunday, Prosecutor Fatou Bensouda said she would continue to work with the government of Afghanistan on “how justice may best be served through joint collaborative efforts” while still fulfilling her own duties under the tribunal’s rules.

Conflict is still raging in Afghanistan, with security forces locked in daily combat with the Taliban who have waged war to overthrow the foreign-backed government since they were ousted from power in Kabul in 2001.

Although the United States did not meet the May 1 withdrawal deadline agreed in talks with the Taliban last year, its pull-out has begun, with President Joe Biden announcing all troops will be out by September 11. Critics of the decision say the militants will try to return to power.