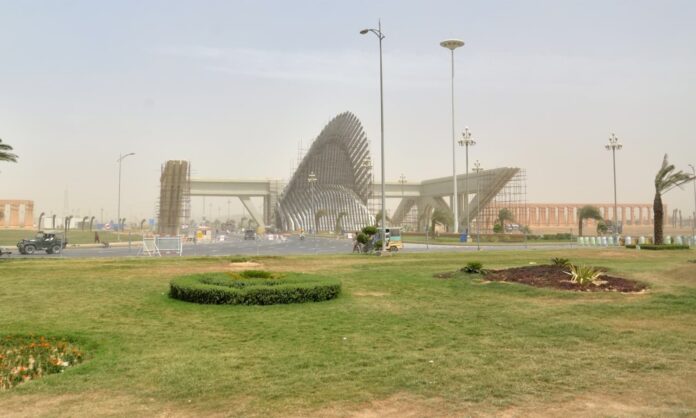 13 members of the Bahria Town Karachi (BTK) security staff have been investigated for alleged rioting, kidnapping and injuring villagers, wherein more than a dozen suspects, including guards, have been detained by the Gadap Town police.

It was reported that the police carried out a raid in BTK and took 13 suspects into custody who were allegedly involved in torturing residents of Malir.

Among the detained persons were guards who resorted to firing and beat up and injured the villagers on the outskirts of Karachi near Kathore on Friday afternoon.

Police have registered a First Information Report under Sections 147, 148, 149, 337-A and 365 of the Pakistan Penal Code (PPC) pertaining to rioting armed with weapons, kidnapping or abduction in order to murder and causing injuries, etc, against BTK security officials.

On Friday, private guards had allegedly shot a resident of Karachi’s Gadap Town during BTK’s move to raze down several agricultural lands to pave the way for housing projects in the outskirts of the city.

Moreover, it had been reported that, along with the guards, the firing had been carried out by policemen in civvies as well.

Furthermore, the police officials had been reluctant to share any information about the incident. However, Abdul Hafeez, an activist of Sindh Indigenous Rights Alliance and resident of Kathor area, had said that the BTK guards along with police tried to destroy the crops in Kamal Khan Jokhio Goth on Friday morning but the locals put up resistance and forced them to abandon the attempt.

However, the armed private guards had accompanied by police both in uniform and civilian clothes returned to the scene again after Friday prayers and started destroying the crops with bulldozers, according to Hafeez.

In resistance, about 100 residents had tried to stop the guards. One of those residents had thrown a stone at the guards, upon which they opened fire. At least one villager, Shaukat Khaskheli, had sustained a bullet injury, while another suffered minor injuries.

The guards had allegedly taken away the injured villager and 3-4 other locals with them, Hafeez said.

Villagers had been protesting against the BTK personnel and demanding that the injured person be handed over to them and that a first information report (FIR) be lodged against the BTK guards.