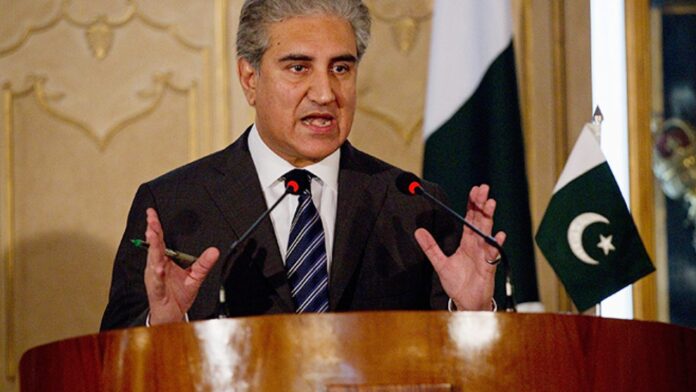 JEDDAH: Prime Minister Imran Khan’s visit to Saudi Arabia has so far resulted in a number of agreements while there have been discussions held on several important issues between the leadership of the two countries, Foreign Minister Shah Mehmood Qureshi said on Saturday.

PM Imran Khan is on a three-day visit to the Saudi Arabia during which he held a meeting with Saudi Crown Prince Mohammad Bin Salman.

In a video statement, the Foreign Minister explained how that delegation-level talks were held in a friendly and cordial atmosphere during which views were exchanged on future directions of the bilateral relationship.

“The prime minister’s visit is proving highly productive and there is good news for Pakistan and the Pakistani people.”

“During the meeting, a detailed discussion was held on regional issues, Pakistan’s neighbours on both sides and the Afghan peace process.”

Qureshi said the prime minister and crown prince have signed an agreement under which a high-level coordination consultation council will be established which will provide an institutionalised and structured platform for the bilateral relationship between the two countries.

Referring to the important agreements signed with Saudi Arabia, he said under one agreement, the Kingdom will provide five hundred million dollars to Pakistan from the Saudi Development Fund to be used for infrastructure development and development of water resources and hydropower projects in Pakistan.

“We have decided to move forward in all fields, especially energy collaboration, economic relations, investments and job opportunities,” he added.

He said Crown Prince Mohammad Bin Salman also shared features of his vision for Saudi Arabia with the Pakistani delegation.

“In his [Mohammad Bin Salman] view, to achieve the goals set under the vision they would need massive manpower. They have estimated that they would need at least 10 million workers in the next 10 years.”

“Keeping in view the services rendered by Pakistan and the Pakistani workforce, they have decided to allocate a large chunk of this [manpower import] for Pakistani people”, Qureshi added.

Both sides also discussed the role of the Organisation Of Islamic Countries (OIC), the FM said.

PM Khan also invited the crown prince to visit Pakistan and shared that the goodwill generated by his last visit is still fresh in the minds of people, an invitation the latter accepted.

Qureshi said a Saudi delegation will visit Pakistan after Eid to discuss the visit of the Saudi crown prince and foreign minister to Pakistan.