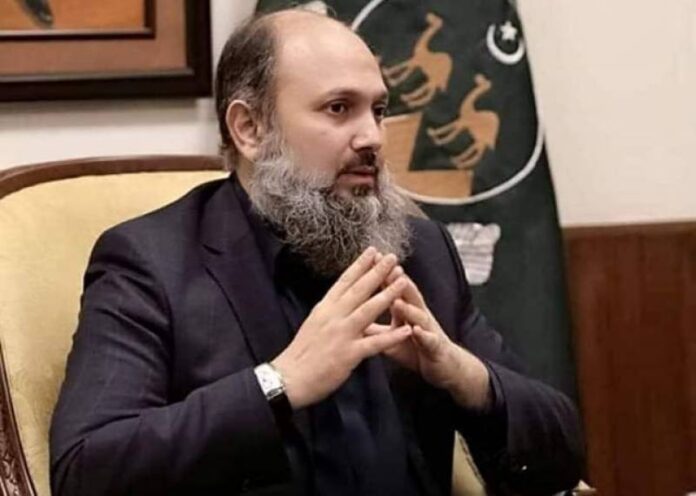 ISLAMABAD: Another storm is brewing in Balochistan as Chief Minister Jam Kamal Khan is facing another rebellion from his own party’s lawmakers while the lawmakers of his major coalition partner, Pakistan Tehreek-e-Insaf (PTI), are also up in arms against him and asking for his replacement.

It may be mentioned here that Prime Minister Imran Khan has already asked Balochistan Governor Amanullah Yasinzai to resign. However, Yasinzai has not resigned despite a formal letter sent by Prime Minister Imran to him asking for his resignation. The sources said that Yasinzai believes that he still has support in power corridors, and he may hold onto the power and convince the premier soon to change his mind.

The sources said that Deputy Speaker Qasim Khan Suri was behind the rebellion against Yasinzai and he wanted to get one of his close aides, Agha Zahoor, to be appointed as new Governor Balochistan.

Sources in the PTI and the ruling Balochistan Awami Party (BAP) have confirmed Pakistan Today that rebellion against CM Kamal is stronger this time around and chief minister may not hold his ground.

The sources said that rebellion efforts have reached its peak and even members of BAP are supporting the rebellion. In a bid to quell the rebellion, CM Kamal has removed Saleh Bhotani from his cabinet, but this removal has further intensified the rebellion.

The source said that around 10 lawmakers of the BAP have expressed displeasure over the removal of Bhotani who is now lobbying to get more supporters on his side. The sources said that the tensions between Rind and CM Kamal have further intensified and that the rebellious BAP lawmakers and the opposition are in contact with Rind to support a rebellion against CM Kamal.

PTI delegation assured premier that they would like to work with any new chief minister in Balochistan but they cannot work with CM Kamal. The sources said that after meeting the PTI parliamentary party, the prime minister had a one-on-one meeting with the incumbent CM.

PM Imran later deputed Asad Umar to look into the matter and resolve the discord in Balochistan. The sources said that the PTI delegation led by Rind has arrived in the federal capital and would meet Asad on Tuesday at 3pm on the situation in Balochistan.

The sources said the rebellion in Balochistan against the chief minister is also damaging the province’s budget preparations which is currently underway.

A PTI lawmaker told this scribe that soon after the 2018 elections, the party had support of 35 lawmakers but it decided to sacrifice its due share for BAP which decided in favour of CM Kamal.

However, the PTI lawmaker said, CM Kamal has been a total embarrassment and failed to take along his own party as well as its coalition partner. The source said that there were many issues pertaining to the incumbent CM.

“Jam Kamal has been an utter disappointment. There are issues pertaining to administration, legislation and development projects. Another issue is that the chief minister has failed to lead from the front, and he also has failed to behave properly with his allies. He also has failed to resolve the issues of the PTI lawmakers and has no urge to address our concerns,” the source asserted.

Despite repeated calls and messages sent at his phone number, Balochistan Government spokesperson Liaquat Shahwani chose not to respond to the questions.