The winds of change in Karachi

The by-election shows the way 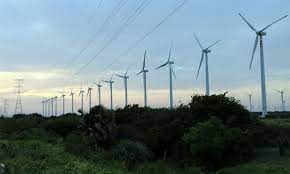 Karachi’s demographic features are multi-cultural and at the same time interesting, which is why it is called mini-Pakistan. The city comprises multiple ethnic pockets and almost all the political parties have their footprint in this metropolitan city, but unfortunately after the 1980s the rigging factor took a rise after the MQM was thrust upon the peaceful and progressive people of Karachi.

But today the MQM factor is gone and all the parties have a level playing field. The creation of MQM and PPI in the mid 1980s was a deliberate attempt to prevent the PPP getting an absolute majority in Sindh, but this mechanism turned out to be futile as later Karachi became the victim of regional and ethinic politics for the past three decades.

Recently there was a by-election in Karachi’s NA-249 after PTI’s federal minister Faisal Vawda resigned from the seat to go into the Senate. This was a pyrrhic victory for Vawda and PTI as this decision exposed the so-called myth of PTI’s support base in Karachi. The nail-biting by-election of Karachi gathered the attention of the entire nation, media and political analysts as it was considered as a litmus test for the upcoming local bodies and general elections in Karachi, and in gauging the strength and weakness of all the parties flexing their muscles. The PPP brilliantly gained the seat, leaving all the parties and analysts to a shock who were underestimating its presence and roots in public.

Most people are unaware of the fact that PPP had a strong vote bank in this constituency. My father Abdullah Baloch, a founder-leader of the PPP, won this seat in 1970 and 1977 and during that period PPP provided electricity, gas, water and lease to the people of Baldia Town and areas nearby.

In 2008 general elections again, as the PPP candidate my father bagged 61,000 votes  from NA-240 which included Baldia Town, which is today in NA-249 after delimitation. But despite rigging by MQM and the support they had from Musharraf who was the president at that time, the PPP gathered record votes but still was deprived from this seat. Today after 13 years when PPP has managed to gain back its lost seat, critics are unreasonably questioning its victory.

This domino effect will not just end here in NA 249 but this wave will shatter PTI in all the districts of Karachi. After the heavy disappointment from the PTI, the Karachi voters are keen to give PPP a chance which happens to be a national party with a track record of past performances and which can better address the core issues of the city. If PPP becomes the representative party of Karachi, then the urban-rural divide and polarization of Sindh will come to an end and this will be the panacea of all political ills.

The demographics of NA-249 comprises Pushtoon and Punjabi voters mainly, who were earlier considered as the vote bank of the PTI and PML(N), but the myth has been broken by PPP in this by-election. The voter turnout was predictably low because of the multiple factors like extreme hot weather, third wave of Covid19 and Ramadan, but still the PPP managed to secure the number one position and deserves applause for winning against all the odds.

The people of Baldia Town rejected the PTI because their MNA, Faisal Vawda, did not bother to visit the constituency in the past three years, and despite being Minister for Water Resources he failed to provide water to the people of this constituency which is the main issue of this area. The other major factor for the PTI’s defeat was the rising inflation and poor governance of the PTI and Prime Minister Khan’s negligence towards Karachi. This will bring a domino effect in Karachi’s politics, as the voters after getting ditched by the MQM and then by the PTI seek hope in the PPP and its young leadership. PPP Chairman Bilawal Bhutto who has shown utmost maturity and decency in the hostile political environment of tabdeeli.

While at the same time the immature response from Maryam Nawaz on this by-poll result was certainly in bad taste, as no major discrepancy was reported throughout the polling day. It is high time she must learn to accept defeat which is part of politics. The confused policy of the PML(N) of calling for resigning from Parliament and at the same time contesting by-elections, is beyond any logical sense. Rather than celebrating the opposition’s victory against the ruling party Maryam is busy creating  unnecessary feuds within the opposition.

The result also shows that Karachi is distancing itself from the ethno-regional parties that kept the voters hostage for the past 30 years with their militancy and rigging. Today Karachi is engaging and trusting a national party like the PPP so that they can get their due share and legitimate ownership from the centre.

Had Imran not bagged crucial seats from Karachi in 2018 general elections he wouldn’t have been able to form his government in the centre, but he miserably failed to reciprocate through deliverance as the issues of Karachi are far more complex than he ever considered seriously and the result of this by-election is a wake-up call for the PTI that it has lost the confidence which Karachiites reposed in them and that is a mighty fall.

This domino effect will not just end here in NA 249 but this wave will shatter PTI in all the districts of Karachi. After the heavy disappointment from the PTI, the Karachi voters are keen to give PPP a chance which happens to be a national party with a track record of past performances and which can better address the core issues of the city. If PPP becomes the representative party of Karachi, then the urban-rural divide and polarization of Sindh will come to an end and this will be the panacea of all political ills.