Govt did not take NA into confidence over agreement with TLP: Bilawal 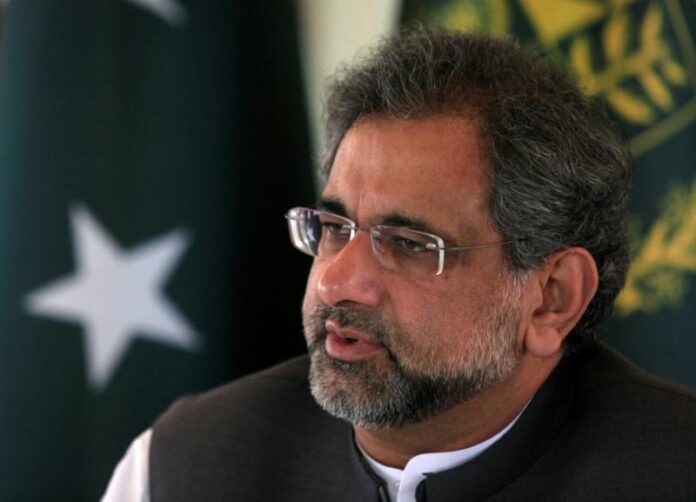 ISLAMABAD: Shahid Khaqan Abbasi of the Pakistan Muslim League-Nawaz (PML-N) said on Tuesday that governments should not hold talks with outlawed groups, referring to the sitting government holding negotiations with the banned Tehreek-e-Labbaik Pakistan (TLP).

Prime Minister Imran Khan did not mention the clashes even once, Abbasi said while speaking to the media on Tuesday. “The person responsible for it is not willing to accept it,” he remarked.

He questioned why the government decided to hold talks with a group it has banned. You never see such behaviours in any democracy, he added.

We need to discuss who promise to expel the French ambassador to Pakistan, the PML-N stalwart maintained.

“This should be discussed in parliament.” He remarked that such promises should have been made in the Parliament where national issues are discussed.

“This is what happens when the National Assembly has been paralysed. The prime minister remains absent, while his ministers and advisers lie in the assemblies,” Abbasi said.

“If the prime minister had the courage, he would have addressed the parliament. There are containers in the capital, what is the fear?” he asked.

He said that the facts of what happened in Lahore have still not come to light.

“These processes do not happen in a democracy,” he said.

The PML-N leader pointed out it was not known what promises were made by the government to TLP.

Separately, Pakistan People’s Party (PPP) Chairman Bilawal Bhutto-Zardari on Tuesday said that the government did not take parliament into confidence over the agreement with recently proscribed TLP.

Bilawal, in a tweet, said that the government took action on the streets against the party and then banned it. He pointed out that not only was there a loss of life, but over 500 policemen sustained injures in the protests.

Bilawal further said that the government closed down the internet services and PM Imran Khan had not made any statement in the NA, nor it was taken into confidence at any stage. Now Pakistan Tehreek-e-Insaf (PTI) wants to hide behind the NA, he added.

The PPP chairman said that this mess has been created by the government and asked PM Imran Khan to solve the issue or resign from the post.

The PPP has also decided to boycott session of NA which has been summoned to table a resolution on the expulsion of the French ambassador.

Meanwhile, Barrister Aitzaz Ahsan has said that the talks with an outlawed group have no legal standing but the dialogue is circumstantial.

“People affiliated with proscribed TLP group should realize that what they did was inappropriate. They have to understand that the steps they are demanding will be harmful for the country,” the former PPP senator said.

“If Pakistan will sends back the ambassador of France, they will send our 27 ambassadors (from the European Union)”, Aitzaz said.

“Earlier we had also witnessed banned TTP group. The issue of Lal Masjid was also exaggerated,” the veteran lawyer said.

“A large number of Pakistani citizens are working in France to earn livelihood,” he said.

“It is required to make the outlawed TLP people realize and understand the issue,” Aitzaz stressed.

These comments from the opposition come after Federal Minister for Interior Sheikh Rasheed Ahmed announced that matters with the TLP have been settled after talks.

The interior minister said in a video statement on Twitter that a resolution on the expulsion of the French ambassador from Pakistan will be presented in the NA. The minister said the cases filed against TLP workers under the Fourth Schedule will be withdrawn.

Sheikh Rasheed went on to say that TLP will end sit-ins from across the country, including Masjid Rehmatul-lil-Aalameen, while talks between the federal government and TLP will continue.

The development was made after talks between the government delegation and the banned TLP in Lahore.

During the dialogue, the banned religious party demanded the resignation of Interior Minister Sheikh Rasheed and the expulsion of the French ambassador to Pakistan.

However, the government delegation made it clear that the demand to expel the French ambassador and the resignation of Sheikh Rashid will not be accepted.

Meanwhile, Punjab Chief Minister Sardar Usman Buzdar on Tuesday said that unfortunately, some of the opposition parties tried to do politics over the recent unpleasant incident and to worsen the situation instead of solving the matter.

The chief minister said that in his statement that the negative role of the opposition parties is condemnable and their wicked intentions to add fuel to the fire have badly failed.

Buzdar said that the opposition tried to divide the nation when it needed unity, and this irresponsible and negative behaviour will be remembered in history in bad words.

He said that no Muslim can tolerate blasphemy against Holy Prophet Muhammad (Peace Be Upon Him) who was sent as a blessing for all worlds. The dignity of Holy Prophet (PBUH) cannot be described in words, he added.