The 10-member Association of Southeast Asian Nations (ASEAN) has been trying to guide Myanmar, a member, out of the bloody turmoil triggered by the military overthrow of Aung San Suu Kyi's elected government on February 1 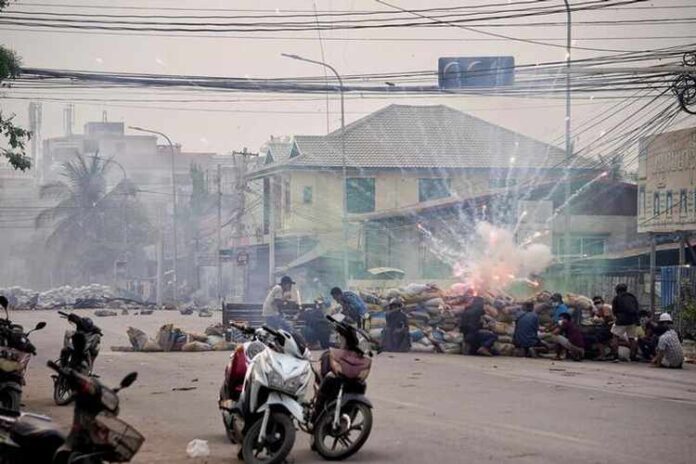 JAKARTA: Southeast Asian countries will discuss the crisis in Myanmar at a summit in Jakarta on Saturday, but some are choosing to send ministers rather than heads of government.

The 10-member Association of Southeast Asian Nations (ASEAN) has been trying to guide Myanmar, a member, out of the bloody turmoil triggered by the military overthrow of Aung San Suu Kyi’s elected government on February 1.

But the group’s principles of consensus and non-interference have restricted its ability to overcome members’ divergent views on how to respond to the army’s killing of hundreds of civilians.

Domestic media said at least six villagers had been killed on Tuesday by the junta’s security forces.

After ASEAN’s secretariat announced the summit, Thai Prime Minister Prayuth Chan-ocha said he would be represented by his deputy, Don Pramudwinai, who is also foreign minister.

“Some other countries will also send their foreign ministers,” Mr Prayuth, a former army chief who led a coup in Thailand in 2014, told reporters.

A Thai government official said on Saturday that Myanmar junta chief Min Aung Hlaing would go to Jakarta, although the Myanmar government has not commented.

However, in previous periods of military rule, Myanmar has usually been represented at regional meetings by a prime minister or foreign minister.

Indonesia, Malaysia, the Philippines and Singapore have all tried to put pressure on the junta.

Thailand, Myanmar’s neighbour, has said it is “gravely concerned” about escalating bloodshed, but close military ties and fears of a flood of refugees mean it is unlikely to go further.

“We hope that with the coming discussions in Jakarta, Myanmar will agree to accept representatives from the ASEAN chair Brunei or the ASEAN secretariat in Jakarta to observe and help Myanmar return to normalcy,” he told reporters.

According to the Assistance Association for Political Prisoners (AAPP) activist group, 738 people have been killed by Myanmar security forces since the coup.

At least six villagers were killed by soldiers on Tuesday in Yinmarpin in the northerly Sagaing region, the Monywa Gazette said.

Myanmar’s military has shown little willingness to engage with its neighbours and no sign of wanting to talk to members of the government it ousted, accusing some of them of treason, which is punishable by death.

Pro-democracy politicians including ousted members of parliament from Ms Suu Kyi’s party on Friday announced the formation of a National Unity Government (NUG).

It nominally includes Ms Suu Kyi, who has been in detention since the coup, as well as leaders of the pro-democracy protests and ethnic minorities.

The NUG says it is the legitimate authority and has requested international recognition and an invitation to the ASEAN meeting in place of the junta leader.

Former UN chief Ban Ki-moon urged his successor to engage directly with Myanmar’s military to prevent violence, and said Southeast Asian countries should not dismiss the turmoil as an internal issue for Myanmar.

UN Secretary-General Antonio Guterres’ special envoy on Myanmar, Christine Schraner Burgener, has communicated with the military since the coup, but the junta has not allowed her to visit.

In its firmest response yet, the European Union on Monday said it would impose travel bans and asset freezes on nine members of the junta’s State Administration Council, formed the day after the coup, as well as Information Minister U Chit Naing.

The decision follows similar measures by the United States.

Min Aung Hlaing and Myint Swe, who has been acting president since the coup, were blacklisted by the EU last month.