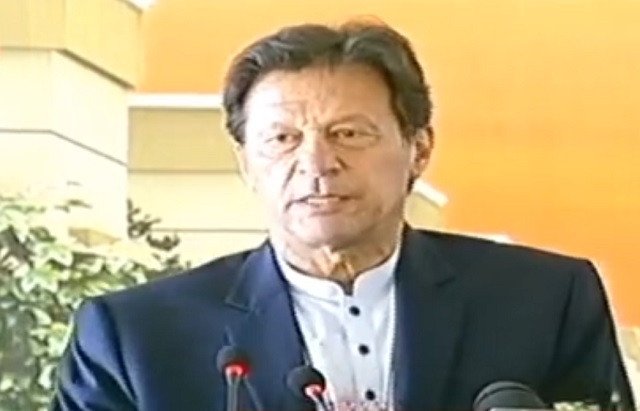 Addressing at the foundation-laying ceremony of the affordable housing project under the Naya Pakistan Housing Programme in Sargodha, the prime minister said that the promotion of housing sector would not only ensure economic activity, but would also help the common man realise his dream of owning a home.

Under the project, a total of 1,175 houses measuring three marlas each will be constructed at six places in the district.

The Punjab government will provide land and other facilities for the project. The construction work will be carried out by the Frontier Works Organisation (FWO). The Bank of Punjab taking charge of the mortgage facility will enable deserving people to pay total price of the house in easy installments.

PM Imran said that for the first time in country’s history, a mortgage house finance was launched at such a big scale, but at lowest markup rate.

He added that the low-cost housing scheme would be expanded to all tehsils of the country by year’s end.

PM Imran regretted that delay in accommodation projects by previous governments led to mushroom growth of slums which had no basic amenities of life.

He said that no one in the past demonstrated empathy for the poor and kept them living in harsh conditions without proper shelters.

The prime minister stressed the important role of banks in offering loans to public and mentioned that the clearance of foreclosure law of banks after a long resulted in the finalisation of the massive housing project.

He maintained that banks were not providing proper services to those aspiring loans and called upon the relevant authorities to give the staff proper training to improve public dealing.

He appreciated that the Punjab government had taken lead in providing land for the project and expressed confidence that Khyber Pukhtunkhwa (KP) would also follow suit.

Buzdar said that the project would be expanded to 146 tehsils.

He said that the monthly installment had been set at Rs 10,000 to make the project affordable.

He added that Rs0.3 million subsidy by the government of Punjab would facilitate the people, adding that the Punjab cabinet had approved Rs3 billion for the purpose.

Earlier, the prime minister laid the foundation-stone of affordable houses and planted a sapling in line with the Clean and Green Project.

For the allotment of houses in Sargodha district, the Naya Pakistan Housing Authority will allot houses to the deserving people through ballot.

Around 33,528 applications have been received by the government.