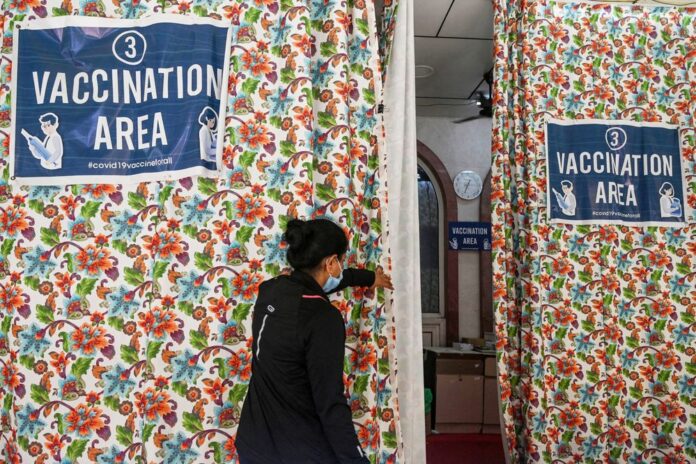 NEW DELHI: India is to fast-track emergency approvals for Covid-19 vaccines that have been authorised by Western countries and Japan, paving the way for possible imports of Pfizer, Johnson & Johnson, Novavax and Moderna shots.

The move, which will drop the need for companies to do small, local safety trials for their vaccines before seeking emergency approval, came following the world’s biggest surge in cases in the country this month.

Vaccines authorised by the World Health Organisation (WHO) or authorities in the US, Europe, the United Kingdom and Japan “may be granted emergency use approval in India, mandating the requirement of post-approval parallel bridging clinical trial”, the health ministry said in a statement.

“The first 100 beneficiaries of such foreign vaccines shall be assessed for seven days for safety outcomes before they are rolled out,” it said.

India, the world’s biggest maker of vaccines, has so far administered more than 106 million doses of Covid-19 shots, but many states are now running short of supplies as inoculations expand due to surging cases.

India is currently using the AstraZeneca shot and a homegrown vaccine developed by Bharat Biotech.

Since April 2, India has reported the world’s highest daily tallies of infections, reaching more than 100,000 a day in the last week, compared with fewer than 10,000 a day earlier in the year.

Hundreds of thousands of devout Hindus are set to bathe in the Ganges river on Wednesday, the third key day of a festival, even as peaks in daily coronavirus infections have prompted government critics to demand the cancellation of huge events.

Hindustan Times called for an immediate halt to mass gatherings. “Governments have happily allowed mega religious festivals, (and) political leaders are still, even in the middle of this nightmarish pandemic, addressing hundreds of thousands,” the publication said in an editorial.