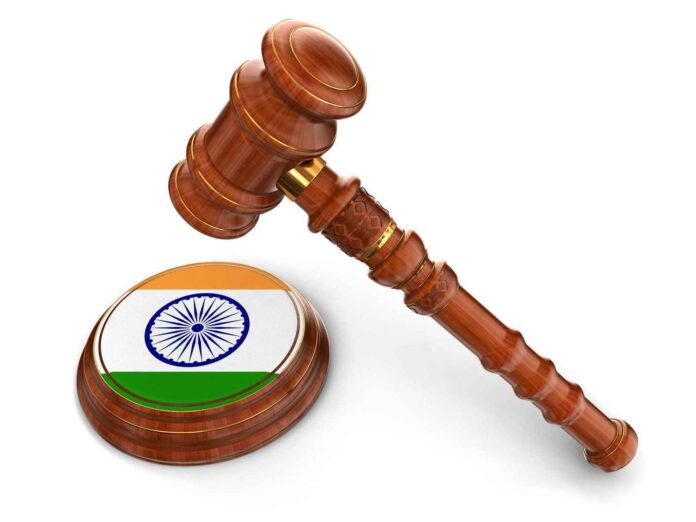 Law and order have always perceived as a relative situation although it meant to serve the purpose of maintaining order and peace, it has been observed that laws are not always enough to keep harmony in society. Law made by man for man has a coherent tendency to create craves between state and society.

The textbook example of that is Indian laws named UAPA, TADA, and POTA. These three laws created for the safety of society have been immensely used to subjugate the population of India and have been criticised by the civil society that named these laws as “Draconian Laws”.

Let me give you a review of these laws that are being used ruthlessly nowadays by BJP government to subjugate Indian population.

Being the only one to cater to hate crimes, any act that is unsuitable for the establishment has narrow scope to encompass a huge range of activities. So to broaden the span of unlawful activities solely to victimize the population UAPA amended in 2019. The most barbaric inclusion was considering individuals as terrorists, because before that terrorists could only be associated with a group of people or cult. Any individual because of individual instance cannot be classified as a terrorist.

The way the provisions of the law are enacted is draconian. The law takes an exception to settled legal principles and rights that the accused in a criminal case are ordinarily entitled to. The accused are introduced to a new set of procedural and substantive rules—all of which give significant leeway to the state or the prosecuting authority.

Starting from the definition of unlawful activity, (s. 2(o)) and terrorist act (s. 2(k)), the provisions of the Act are designed to trap the opponents of the regime. Section 2(o) defines unlawful activity as “any action” that inter alia “supports or intended to bring about” cession or secession, disrupts or questions the “sovereignty and territorial integrity” or which “causes disaffection against India”. The definition is wide and elastic and allows the government to interpret criticism and dissent as falling within the purview of the provision.

For example, questioning the human rights abuses in Kashmir could be interpreted as an action questioning India’s sovereignty. A criticism of the Citizenship (Amendment) Act could be construed as something that causes disaffection against the country. In this way, any act like possession of critical literature or speech against the ruling regime could be penalised. Well-known authors, writers, and activists such as Anand Teltumbde, Gautam Navlakha, Safoora Zargar, Umar Khalid, and Sudha Bharadwaj were incarcerated essentially on the basis of varied forms of this interpretation.

Under this law accused could be held captive for up to 180days. Section 43D (5) seems to be crafted to consider accuse unbailable. Section 38 of the Act makes the life of the alleged even harder if there is a remote connection to any person related to the prohibited organization. Sections 43A and 43B give unfettered power to the police insignificant steps such as arrest, search, and seizure without adequate safeguards and judicial scrutiny. Section 43E of the UAPA builds into the law a statutory presumption of guilt in certain circumstances. Instead of the prosecution being required to prove the guilt of the accused as it happens in conventional criminal cases, the accused is required to prove his innocence.

This is not an extensive analysis of the complete Act there is much more to it, I have tried to establish a preamble for recent activities. The political undertone of the Law (UAPA) is the predecessor of (POTA) and (TADA). The brutality of the post-Indra Gandhi periods requires volumes to pen them down. The number of alleged, under custody and then never found has a long list.

The laws based on personal agenda to maintain and retain power have paved the way for civil unrest. The scenario, particularly recent example of a BJP MLA’s insult and humiliation by a crowd is the outcome of hate generating legal system. Anyone at any time doing anything that could be considered unlawful then the line between lawful and unlawful gets blurred. Protest for the right cause is illicit, supporting that protest is illicit, saying something humane could be illegal, telling the truth can make one a traitor than we must not get astonished to see today’s India.

Almost all human rights activists are being labelled as conspirators, Andolan jeevi and parasites. Independent journalists are tag as enemies of the sovereignty of the country, conscious writers, poets, students are all defectors. One can either with the ruling regime or conserved himself a deserter, who will be hunt down upon the very first opportunities.

In this chaos, it is difficult to differentiate between legal and illegal. Everything seems relative. The human mind is based on relatively, if there is no outward relative system available then it can create its own relativities for survival. Imagine if I do what suits me and you, what deems appropriate to you. You and I can have a different set of justifications for our right and wrong, that is the reason the judicial system work as a holist component, (blindly), to my utter agitation Indian Legal system evolved eyes over the period and now it can see who is powerful thus innocent and who is weak/criminal.

Sándor Márai who was a Hungarian writer and journalist while writing about the subjugation of people through laws wrote in his novel “Embers” in 1942 that hate originates subjugation among powerful against the powerless. He writes, “Every exercise of power incorporates a faint, almost imperceptible, element of contempt for those over whom the power is exercised. One can only dominate another human soul if one knows, understands, and with the utmost tact despises the person one is subjugating.”

A Letter from Prometheus Chattering about early general elections is of course consolidating the demands of former prime minister Imran Khan who still looks like...
Read more
Comment

Pakistan is currently going through one of the most turbulent and unpredictable periods since it came into existence. The ouster of former Prime Minister...
Read more
Comment

Why do universities exist?

Have you ever gone through the mission statement of your university before you applied there for admission? This is an attention-grabbing question that I...
Read more
Comment

Countdown to collapse; but from where to begin!

May 2022 can easily compete with May 1857 for its defining nature; a watershed moment for a nation state; which route it intends to...
Read more
- Advertisment -

May 23, 2022
PTI Senior Vice President Fawad Chaudhry Monday warned the government against using force to stop the "Azadi March" as the party prepares to head...