Those who challenge the status quo can end very badly 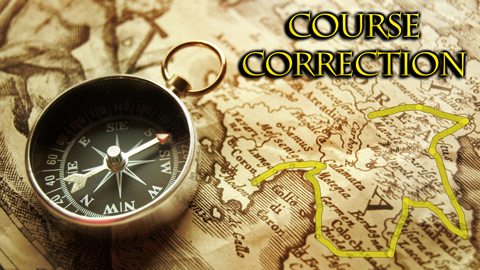 My late father Nazir Ahmed Malik, the Tehreek-e-Pakistan Gold Medallist, always talked about the importance of courage. Another term he frequently used was, ” In the end it is a game of stamina “. He firmly believed that, “those who courageously hold their ground and fight seldom fail.” The Islamic Republic of Pakistan needs a major course correction but the players in the arena lack the courage and stamina required for such a struggle. Where has all the courage gone in our times? March 18 was the eighth death anniversary of the brilliant Air Commodore Muhammad Mahmood Alam, the 1965 war hero. He was an honest, able, down-to-earth professional, and decided to remain a bachelor all his life. During the Zia regime, he took an appointment with the President to report the corrupt practices of the then Air Chief. He was given a patient hearing but the response of the dictator bewildered him. Zia said, ” Brigadier Sahib you know I am the President, Chief of Army Staff, Chairman Joint Chief of Staff and Chief Martial Law Administrator. You think I don’t know all this?” Alam stood up saying, “Sir, then I am very afraid for Pakistan and will not serve under these circumstances.” He came out and tendered his resignation which was not accepted. Instead he was retired. Thus ended the career of one of the best pilots ever of the Pakistan Air Force.

Unfortunately, Pakistan has been derailed several times with very limited corrective mechanisms. In the decade of the 1970s, the elected government had to face a major crisis only a few days after coming into power. The Police Force in Punjab and KP (NWFP then) decided to go on strike. The young Governors (Ghulam Mustafa Khar in Punjab, Hayat Sherpao in KP) refused to be blackmailed by the strikers. Party workers were called to assist in maintaining law and order. The strike was declared illegal and 48 hours’ notice was served for resumption of duty on pain of dismissal. It was a bold move, and the entire force was back on duty within 24 hours. During the democratic regime (1971 to 1977), the police were made to serve the public.

Then started the Zia Dark Ages and the era of ‘Muk Muka‘. Ruffians were recruited in the force for political mileage. Today it has been rendered non-functional, in addition to corruption the men in uniform also indulge in criminal activities. In KP a major purge was carried out to de-politicize the police force but unfortunately in Punjab it could not be done due to political considerations of keeping the coalition government intact.

Kaptaan talks about Mafias that control most organizations that pose to be insurmountable, but in reality they can only prevail over the courage-less dudes. No Mafia can stand up to the force of ‘Ethical Management’ that can take them on with courage and a well-thought-out transition plan. There has to be a turnaround, and the riders can no longer be stopped from riding the best horses to attain the cherished goals of the nation. Only with courage, course correction is achievable without which we will continue to flounder.

In the United Kingdom, when the country could no longer plunder other weaker nations to fund its welfare expenditures, the Iron Lady, Mrs Margaret Thatcher, got elected Prime Minister (PM) on an agenda of Economic Revival. Trade Unions were the first to come in the way of her financial reforms. The Coalminers’ strike continued for months but she stood her ground. The Queen of England got worried and summoned the PM. She was asked to tone down her advances on the labour, but she refused. Her words were, “Those who seek change have to face resistance and criticism.” Finally she negotiated with the miners and threatened to fire them, as the country desired to move to cleaner fuels for environmental considerations. Those who agreed were called back, the rest were let go. She remained PM for over a decade, and despite her overall popularity, the Conservative Party decided to remove her. She passed away a few years back, and there were wall chalkings saying, ” May you rust in peace.” Ronald Reagan as President introduced some of her reforms to revive the economy. Reaganomics came from that era. His popularity swelled, his Vice President George Bush Sr was elected President after his two terms in power which is quite unusual in US politics.

In the Islamic Republic two PMs stand out for courage, but both were made to suffer due to the steadfastness of their convictions. Liaquat Ali Khan, the first PM, and Bhutto, the ninth, will always be remembered for their efforts at course correction. When the Nawabzada visited the USA he was asked to join alliances, which he refused as he wanted Pakistan to be non-aligned. On his return he addressed a historic press conference in London in which he openly talked about the pressures to sign on the dotted line. He was then asked to pressurize the elected PM of Iran Muhammad Mosssedeq to denationalize the oil Industry, which he turned down. Finally he was assassinated in Rawalpindi in 1951 at the same location where Benazir Bhutto met her end.

Bhutto had his dreams of an Islamic Bloc with its own nuclear device. Earlier as Foreign Minster he had tried to convince the dictator Ayub Khan to build an Atomic Bomb but he lacked the courage to face the West with such a bold initiative. Finally when he came to power, he convinced Engineer Munir Ahmed Khan who was working at the International Atomic Energy Commission ( IAEC ) to come and lead the programme in his native country.

Munir was a major player in developing the device. It was his long term of about 18 years as PAEC Chairman that major milestones were achieved. While Professor Riazuddin of Islamabad University designed the device, it was  Munir Ahmed Khan’s team that implemented it. Both remain unsung heroes of this achievement, all other claimants had a minor contribution.

Mossedeq was made to suffer for his defiance. he was toppled and then imprisoned. Bhutto also met a similar fate for his vision of creating an Islamic Bloc.

The fight for survival has taken away courage. One of my seniors in the USA used to narrate an interesting American Indian belief. According to it, ” An Apache always rides the best horse, in life you have a choice either to be the rider or the ride “. In my professional career, I too had to face several challenges but never allowed myself to be the ride. Unfortunately in the land of the pure there are few riders left, while rides are all over in all shapes and sizes

Kaptaan talks about Mafias that control most organizations that pose to be insurmountable, but in reality they can only prevail over the courage-less dudes. No Mafia can stand up to the force of ‘Ethical Management’ that can take them on with courage and a well-thought-out transition plan. There has to be a turnaround, and the riders can no longer be stopped from riding the best horses to attain the cherished goals of the nation. Only with courage, course correction is achievable without which we will continue to flounder.