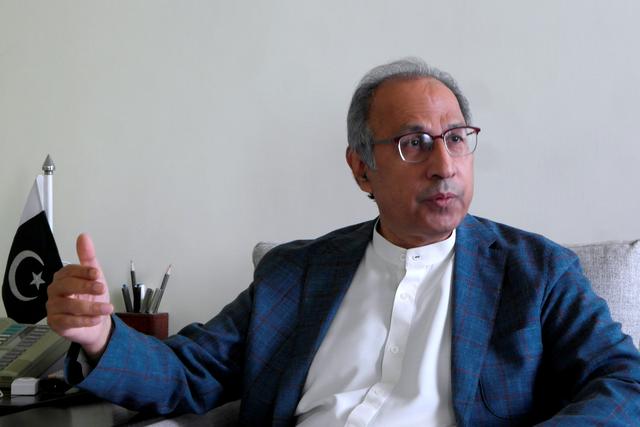 ISLAMABAD: Abdul Hafeez Shaikh, who was removed from the post of Minister for Finance yesterday, tested positive for coronavirus, his successor Hammad Azhar confirmed on Tuesday.

In a tweet, Azhar said he is praying “for his swift recovery and good health”.

Just found out that Dr Hafeez Sh has tested positive for Covid-19. I pray for his swift recovery and good health. Ameen.

The removal — the second of a finance minister in the two-and-a-half years of PTI’s tenure — came amidst the restart of a $6 billion IMF bailout programme that had been suspended for one year over questions about fiscal and revenue reforms.

A number of high-profile politicians, including ministers, have tested positive for the contagious disease since it was first detected in the country in February last.

The nation on Tuesday registered 4,084 new infections of the coronavirus after conducting 46,269 tests, receiving a transmission rate of 8.83 per cent.

Reports suggest Pakistan is yet to fully utilise its testing capacity of 57,531, with daily testing significantly below numbers proposed by global health experts.

World Health Organisation (WHO) claims the country’s testing policies only record the most symptomatic patients while ignoring the spread among asymptomatic carriers, which studies suggest comprise the majority of infections nationwide.