Footage reveals there was minimal presence and intervention on part of security personnel at the scene of the crime. 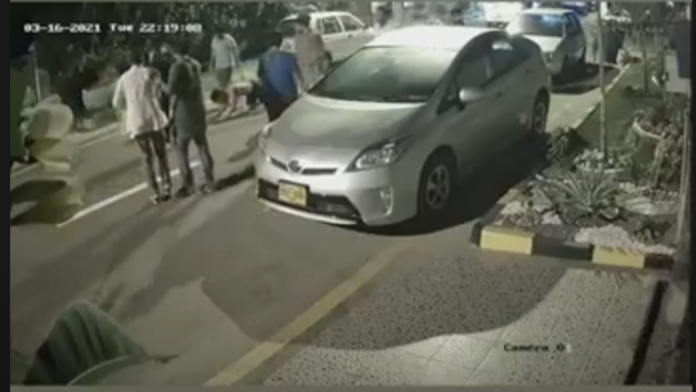 An FIR was registered against the father and son who are residents of the housing society where the attack took place and neighbors of the victims.

CCTV footage uploaded earlier by prominent lawyer and human rights activist reveals more details of the incident and what transpired after. Times stamps show the series of events, with the knife attack and retaliatory fighting starting at 10:18PM on 16th of March 2021. The second footage, a minute later shows the attacker walking towards his house with one of the victims attempting to follow him but collapsing due to excessive blood loss. At 10:21PM, with Ibrahim is in the driveway of his house when a woman and two men barge in and another scuffle takes place where Ibrahim can be seen waving a stick in his hand. The final video is of Ibrahim showing his injured finger.