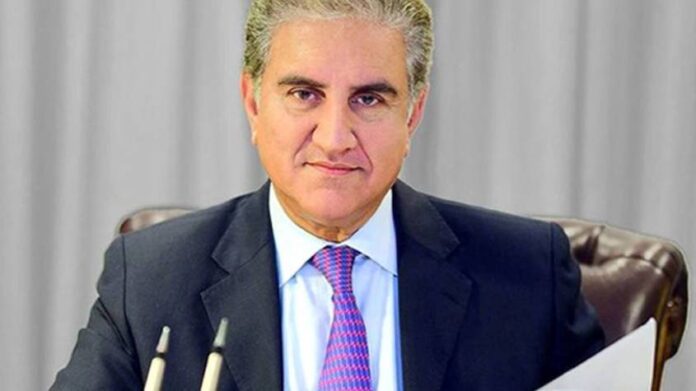 ISLAMABAD: Foreign Minister Shah Mahmood Qureshi on Wednesday said the rift in the Pakistan Democratic Movement (PDM) has exposed the fact that both Pakistan Muslim League-Nawaz (PML-N) and Pakistan People’s Party (PPP) were manipulating each other for their vested interests.

“The entire alliance is based upon the game of personal gains,” Qureshi said in his remarks to the opposition’s postponement of its oft-boasted long march due to differences over submission of en masse resignations from assemblies.

Qureshi said that PDM’s political parties even cast doubts over each other in Senate elections, however “now the cracks in their union had become fully revealed”.

He maintained that PPP Co-chairperson Asif Ali Zardari made resignations conditional with the return of PML-N chief Nawaz Sharif, which was turned down by PML-N Vice president Maryam Nawaz in the same meeting.

Due to differences, he said, Jamiat Ulema-e-Islam-Fazl’s (JUI-F) chief Maulana Fazlur Rehman canceled the long march and left the conference.

Qureshi recalled that he had always termed PDM an “unnatural alliance of interests” among political parties which were way different in their manifesto and ideology.

He said that his own statements regarding the demand for resignations were on record where he had categorically predicted that PPP would not resign and “sacrifice their government in Sindh”.

He said that the alliance of PDM was meant to avoid the action of National Accountability Bureau (NAB) against their corruption.

“Both the PPP and the PML-N were using each other for their interests so that they may part ways after the fulfilment of their objectives,” he added.

The FM stated that they opposition parties had gathered in the PDM to rescue themselves.