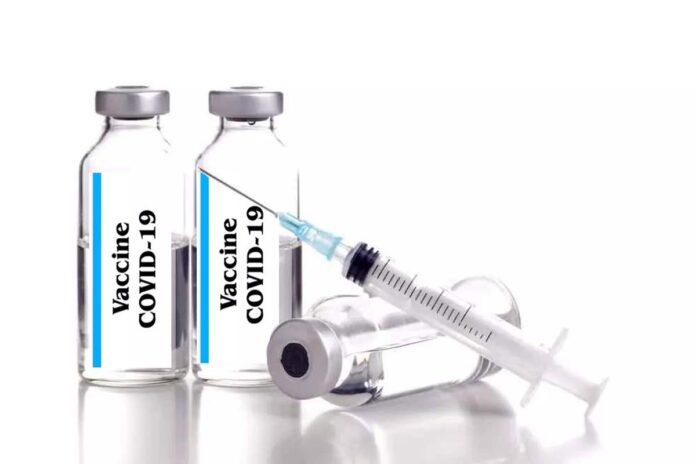 The anti-Christ to the ominous Covid-19 Coronavirus has arrived as the Abrahamic Messiah to the Jews in the realm of the Pharaoh, to pariah the Mephistopheles. The coming of the miracle gospel vaccine by angelic saviors brings a syncretistic annunciation, part empowering monolithic credence, part providing psychological confirmation. In this kingdom of the monotheistic God, the disciples’ agony from loss of life and the mental purgatory for the living has brought humanity to kneel at the hassock in the sacrament.

In retribution, the Samaritans have recited the Lord’s prayer for the virus to go away by following divine commandments, shunning the spirits, controlling their linguistic xylophones, resisting temptations of the Garden of Eden, and visualizing humankind synoptically. The façade of class, color, caste, creed, religion, nationality, social standing, and financial stature became irrelevant, and we all stood under the consecrated Trinity of one God, Heaven, and Gethsemane.

The covenant breaks and builds to a crescendo with passing time as the faith swings from frugality to extravagance in proportion to the virus mutation. The mere subjugation comes from the fact that everyone wishes for nirvana, but no one wants to make the crossing to the afterlife due to the fear of the unknown.

The current Pope at the Vaccine Vatican is the neatly cassocked Dr. Anthony Stephen Fauci I, the American physician-scientist at the helm of the US medical theology. He is a proclaimed authority on infectious diseases and a director at the National Institute of Allergy and Infectious Diseases (NIAID) vestry, while also serving the old man Biden in his Papal regalia of the pectoral cross stethoscope, thermometric vestments, and the Ring of the Fisherman ornaments.

With the current strategy is as crucified as Jesus himself, what Armageddon should the nation be looking forward to in the advent of the much anticipated third wave of the virus with one of the lowest numbers of vaccinated citizens in the 6th largest populated country of Pakistan.

The Father Fauci virology sermons from the electronic pulpit meet the attention of the global mass in attendance in their casual Sunday best. So much so, the US national vaccine policy has become the immunization standard for other nations. The global combative response post-China’s virus disclosure to the WHO led to vaccine laboratory formulations, supercomputer simulations, and fast-paced testing all around the globe. The pharmaceutical industry competition to the golden ticket of worldwide cure supply to 7+ billion people has resulted in exceptional scientific innovation, the leap more significant than that in WWII.

In the western world, the systematic inoculation programs have targeted over 65-year believers, the sickly seeking repentance, and the front-line relief clergy as the first to pass into biblical medicinal paradise. The rest of the populous follow suit or whomever survives until the hospice beeper’s chime. To date, 75+ million people have already been vaccinated with the first dose in the USA (rate: 2+ million per day), 50+ million in China (600K+ per day), 20+ million in the UK (300K+ per day), 14+ million in India (500K+ per day), 6+ million in Germany (150K+`per day), 4+ million in France (100K+ per day).

In Pakistan, the vaccination strategy has yet to spring into action, even for the elderly, the sick, and the forgotten general public. For a start, there is total confusion as to who is running the immunization program, is the National Command Operation Center (NCOC) the Archbishop? Or is it screen time thirsty and Aramaic speaking political priests of Asad Umar, Shafqat Mehmood, or Dr. Faisal Sultan or His Lordship PM Khan?

The satirical comedy in Bethlehem is that the NCOC inoculation declaration for the 65+ aging demographic is expressly followed by Ministerial tweets of the opening of schools / colleges, wedding halls, and small businesses, which cater mostly to young and unvaccinated souls. Therefore, it seems that the governing elite is playing Deity and have decided that a particular portion of the populous has to depart to the hereafter for the economy to survive. The injection availability, immunization centers, vaccination quality, and manufacturing sources are kept in secrecy, as choosing the new Pope by the conclave, from a behemoth population. Out of the 220+ million citizens, only 270K+ have administered first doses, at a rate of 6K+ per day. At this haste, it will take 99+ years and cost US$ 3+ billion (CanSino: US$ 13 per individual) for 100% inhabitant coverage at zero percent population growth and fixed pricing alone.

The mid-Covid-19 financial losses, not by businesses but government incompetence through wheat and sugar pricing scandals, criminally cost US$ 4+ billion to the national exchequer. The government’s natural retort of running inquiries and sanctioning commissions brought no one to justice, but instead, the henchmen squashed the news altogether. It begs belief that had the ignominies not taken place, how long could the lockdown have been extended? How many deaths could have been prevented? How many more vaccines could have been purchased? Will there be accountability by punishment for this negligence? Will compensations be given to the affected? Will future policies be tightened to disallow such illegal practices by the supposed mafia?

Apart from government procurement and reliance on friendly donations from friendly nations (Chinese contributions of 2 million vaccines for civil and Armed Forces), the approval of inoculation imports and sale by the private sector in the open market is a measure to facilitate the wealthy classes, but what about the impoverished inhabitants of Pakistan of whom PM Khan so eloquently presents himself as a Khalifa-e-Waqt? Will price control and regularity standards be levied on these incoming vaccines for the wealthy? Are countermeasures in place to stop theft and illegal sale of government imported vaccines or even fake vaccines? What are the timelines for vaccinating the entire denomination? Or reprimand for out-of-turn cases? Why has indigenous manufacturing of vaccines not taken place as yet to save the public from this life-threatening virus? How will the target of 70 million vaccinations be achieved in 2021? A lot remains unclear!

With the current strategy is as crucified as Jesus himself, what Armageddon should the nation be looking forward to in the advent of the much anticipated third wave of the virus with one of the lowest numbers of vaccinated citizens in the 6th largest populated country of Pakistan. In actuality, PM Khan, the health SAPM, and the taskforce should design a roadmap strategy keeping in view the best practices, even replicating models of China, UK, and India, and enforce a national emergency to procure, vaccinate and tag a minimum of 300K per day. At this rate, it will take 2+ years to cover the entire population of this nation of today. Otherwise, the inevitable is upon us, and this PTI government should start preparing mass dumping grounds to bury the dead along with their dreams of a Naya Pakistan.

Dr Ahmed Kiani
The writer is a Ph.D. in Engineering from the University of Cambridge, United Kingdom. Currently, he serves as Vice President of Core Group in Pakistan.