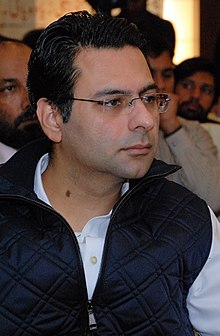 Member of the National Assembly (MNA) and Pakistan Muslim League-Quaid (PML-Q) leader Chaudhry Moonis Elahi on Monday rejected media reports suggesting that Chaudhry brothers had refused to support Syed Yousaf Raza Gillani, Pakistan Democratic Movement (PDM) candidate for the seat of Senate chairman, when Pakistan People’s Party (PPP) Chairman Bilawal Bhutto-Zardari visited their place on Sunday to see them.
In his tweet, Moonis said that Bilawal had come to inquire after Chaudhry Shujat Hussain only. “No such thing happened. @BBhuttoZardari did not ask for support in Senate and nor did we offer. He came to inquire about Shujat Sb’s health for which we are grateful.”
Senior journalist and anchorperson Hamid Mir also retweeted Moonis tweet and said Shujaat also denied having such a development in the meeting “Ch Shujaat sahib called me last night and said that his meeting with @BBhuttoZardari was very good unfortunately some newspapers made headlines which were not discussed in that meeting.”