The memorabilia of two engaging autobiographies

Shafaat Ahmad Chaudhry is a retired civil servant. ‘YadaiN’ is his second publication after a gap of some twenty-seven years 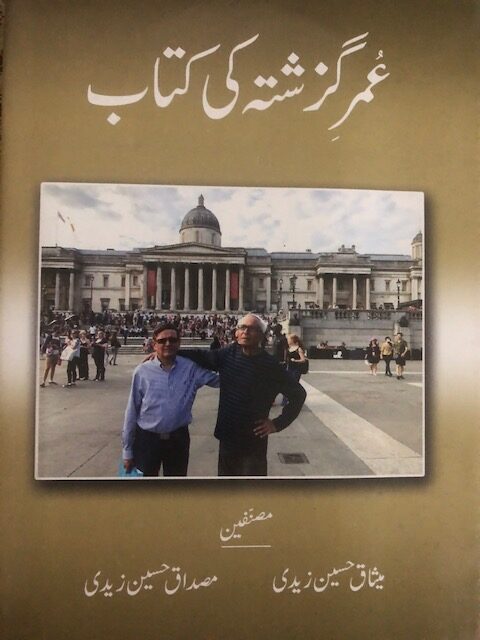 An autobiography is a self-written document intended to review and project its  author’s life story in such a way as to readily elicit the readers’ participation in the ‘vanity fair’ as a curious viewer, and partaker too. It is customary with men of eminence in different fields of life to pen down their cumulative personal experience of life in the form of a book, at the fagging end of their physical careers. Thus autobiographies of great men serve as a beacon of light for those who succeed them (the posterity) in life’s supervening cyclorama. The instant review carries a brief overview of two such publications by three learned writers who have excelled in their professional careers as a bureaucrat, broadcaster and chartered accountant respectively.

Shafaat Ahmad Chaudhry is a retired (provincial) civil servant. ‘YadaiN’ is his second publication after a gap of some twenty-seven years when his first book titled ‘Shagufta Shagufta’ (a collection of his light-hearted personal essays termed as ‘inshaiya’ in Urdu) saw the light of day in 1993. In the instant book he has given a graphic account of his life spanning his childhood, adolescence, youth, middle age and now the old age. Being a sportsman, he has always kept himself in a state of physical alacrity by partaking of a wide range of sports activity such as cricket, badminton, and tennis.

The book is neatly arranged into sub-heads spelling out the details of the author’s personal experiences which include his views, comments, observations, reflections, and perceptions with regard to the ever-confounding dilemma that life is, for most of us. Incidentally, this scribe happens to know Shafaat Ahmad from very close quarters as an abiding and well- meaning colleague in the provincial civil service and then as a trusted friend in the social fraternity. He is a man of an all-round personality: a capable bureaucrat with a remarkable executive-cum-legal acumen, a popular social figure, a sportsman of high merit, and a litterateur with a keen sense of humour.

Shafaat Ahmad has fully ‘exposed’ himself in his autobiography in that he has candidly described not only his achievements in the book but also his errors and omissions as a man of the world. His narrative is simple but lucid, couched in a witty conversational style, colloquial though, yet sans any slangs. His tale is a tale of plodding struggle against heavy odds which transformed him into a man of substance both physically and spiritually, over a prolonged period of trials and tribulations.

The book is interspersed with snaps of the author’s personal and public appearances projecting the various aspects of his career as a civil servant, sportsman, and a man of a happy family. His spouse was a great woman inasmuch as she firmly stood by him in the face of hardships and constraints of sorts. The underlying message of the book is devotion, dedication and courage that one needs to inculcate in order to lead a meaningful life. The anecdotes narrated in the book bear the expanse of his memory as much as his ability to recapitulate and vivify it.

The co-authors of the book Meesaq Husain Zaidi and Misdaq Husain Zaidi are real brothers but with different careers. The former is an ex-broadcaster, a working journalist, writer and  litterateur, now settled in the US whereas the latter is a professional Chartered Accountant turned commercial magnate, based in the UK. The life stories of the two brothers are mutually consonant insofar as these illustrate the long winding struggle of two siblings placed in a leisurely but comfortable childhood in Dehradun and (then) a small Muslim principality of Danpur in the district of Buland Shahr (UP), in the years immediately before and after the  Partition. Coming of a distinguished Sadaat family (of district Bijnor, UP) of well-to-do businessmen, they were reared well but the frenzy of the Partition of India into two self-governing dominions ignited unprecedented communal riots in the entire Subcontinent and revolutionized the whole fabric and pattern of the social, political, cultural and economic life of the people of the two newly emerged States.

The authors’ father Syed Ishtiaq Husain Zaidi succumbed to the relentless butchery of the Gurkha Regiment in the heart of the city of Dehradun on 16th September, 1947 on the pretext of violation of the curfew which had been imposed in the town to circumvent growing lawlessness in the wake of Partition. After the assassination (martyrdom) of their Father, the family had to move to Bhopal for a brief sojourn under economic compulsions whereafter they returned to Danpur to rejoin their maternal grandfather Maulana Abdul Ghafoor who was Mohtamim of the Darul Uloom and Administrator Auqaf in the principality. The times were very hard; so the family finally decided to migrate to Pakistan, in parts, in early and mid-‘Fifties’ (1951, 1952 and 1955), the co-authors of this publication having immigrated in 1952. Here after completing their education, elder brother Meesaq Zaidi took up broadcasting as a career while Misdaq Zaidi, the younger one, decided to emigrate to England (1963).

The first part of the book is composed in a narrative form, unchronological in time, place and action, and yet coherent. The author calls it an elegy concerning his age with focus on its political, social and cultural aspects. It encompasses his life-long observations, experiences, situations and events besides an account of his interaction with contemporary celebrities and key figures belonging to different shades and walks of life. Men and matters being integral constituents of the family have been highlighted in great detail. So it looks like an almanac of the Zaidi family scattered in various parts of India, Pakistan and other countries of the world. Meesaq Zadi, the author of this part, is now settled in Denver (Colorado-US). He is in complete retirement, though writes a column captioned ‘Arz Kiya Hai’ (My submissions!) regularly for the weekly ‘Urdu Post’, Canada.

The second part of the autobiography relates the life history of the younger brother Misdaq Zaidi, literally starting from the scratch and rising to great heights on the socio-economic plane. It is a tale of struggle, pristine yet prismatic — drenched in tedium, toil, and turbulence. Misdaq Zaidi graduated from zero to hero over a span of some two decades when he became a certified Chartered Account mustering a wide range of consultancy besides launching his own company styled as Zaidi & Co, in London and Dubai. The narration in the second part is descriptive but sequential. The author is now an international celebrity in the coveted fields of monetary evaluation, tax revaluation and corporate business.

‘Today’ is relevant only in the context of yesterday and tomorrow. For the wise, yesterday illuminates the path for tomorrow. The majority lives for...
Read more
Comment

Pakistan continues to pursue a foreign policy of peaceful co-existence with all countries, particularly its neighbours,  and resolving all disputes in a meaningful, purposeful, ...
Read more
Comment

Hamad Azhar did not get the Finance portfolio under the best of circumstances, and the stopgap nature of his assignment at the Finance Ministry,...
Read more
Comment

The approaching Holy month of Ramzan will once again bring back the conundrum of moon sighting in Pakistan, which has recently become controversial. Whereas...
Read more
Comment

After the arrival of the third wave of the coronavirus pandemic in Pakistan, things have worsened to a larger extent. Even the vaccines for...
Read more
- Advertisment -