France, allies to push on with protest at IAEA over Iran’s activities

Iran said last month it was scaling back cooperation with IAEA, ending extra inspection and monitoring measures introduced by 2015 deal 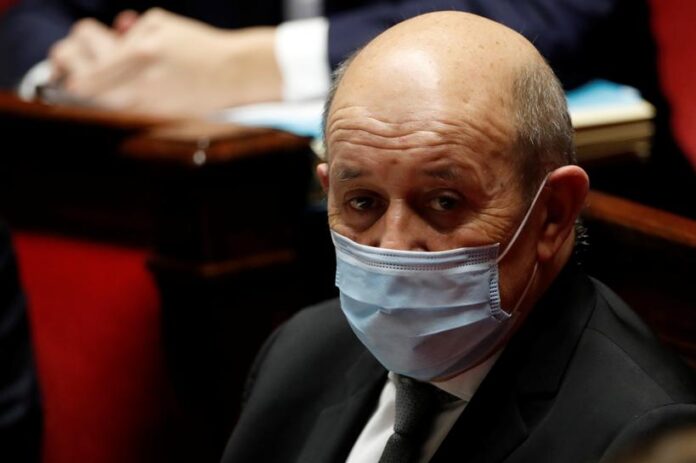 PARIS: France and its Western allies plan to lodge a protest with the United Nations’ nuclear body to criticise Iran’s decision to curb cooperation with the agency, the French foreign minister said on Tuesday.

Iran said last month it was scaling back cooperation with the International Atomic Energy Agency (IAEA), ending extra inspection and monitoring measures introduced by the 2015 nuclear deal, including the power given to the IAEA to carry out snap inspections at facilities not declared by Iran.

“The nuclear tensions will lead us in the coming days to put forward a protest in the framework of the IAEA Board of Governors to regret this decision,” Minister Jean-Yves Le Drian told a parliamentary hearing.

Britain, France and Germany — all parties to the deal with Iran — on Monday circulated a draft resolution backed by the United States for the Vienna meeting voicing “serious concern” at Iran’s reduced cooperation and urging Iran to reverse its steps.

Iran has bristled at the prospect of such criticism, threatening to cancel a deal struck a week ago with the IAEA to temporarily continue many of the monitoring measures it had decided to end — a black-box-type arrangement valid for up to three months and aimed at creating a window for diplomacy.

A vote on the resolution is due by the end of the week.

The IAEA’s 35-nation Board of Governors is holding a quarterly meeting this week against the backdrop of faltering efforts to revive Iran’s nuclear deal with world powers now that US President Joe Biden is in office.

Diplomacy, however, is making limited progress. Iran said on Sunday it would not take up a European Union proposal to hold a meeting with other parties to the deal and the United States.

“The situation is complicated,” Le Drian said. “The problem is to know who goes first and nobody wants to be trapped. The fact that the Iranians suspended the Additional Protocol is not good news,” he said, referring to Iran’s move last month to curb IAEA inspections.