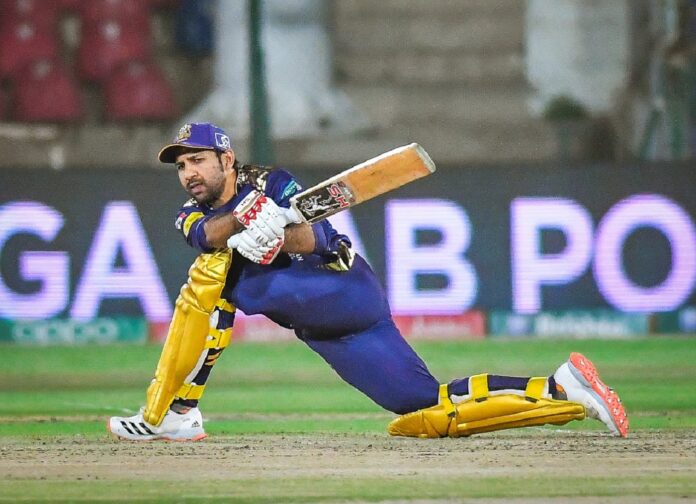 KARACHI: Islamabad United won the toss, and, yes, Islamabad United won the game. While that continues to be the story of this year’s HBL Pakistan Super League, reducing the contest to that dynamic would take away from a spellbinding performance from a side racked by off-field complications, with Covid-related absences meaning the two-time champions could field only two overseas players.

One of them, was Paul Stirling whose knock in the powerplay blew the Quetta Gladiators away before they had a chance to try and defend a below-par 156. Stirling brought up his half-century in just the fifth over of the chase – off just 21 balls – with his side plundering 76 off the powerplay. That left the chasing side with less than a run-a-ball for the remainder of the innings, and despite slowing down, Shadab Khan’s side got there with three overs to spare.

The longer sides batting first remain winless, the greater the psychological burden becomes. For the Gladiators, who have yet to win a toss, the mental hurdles are particularly heavy, but losing four wickets in the powerplay is unlikely to put a side in a strong position in any league. Hasan Ali and Faheem Ashraf both struck in the powerplay, before returning at the death to stifle the scoring and rip through the lower order. The only resistance came in the form of Sarfaraz Ahmed whose 41-ball 54 helped ensure that the Gladiators could get to a total they would have a flickering hope of defending.

Two overs through the middle saw Ahmed at his best power-hitting ability for years. Against Khan, who looked especially dangerous as he flighted a ball that gripped on the surface, he would manipulate the field to pick up three boundaries that kept the scoreboard ticking, before taking Iftikhar Ahmed to the cleaners the following over. The allrounder was smashed for four successive sixes, all through the offside, with the United missing a trick and playing into Ahmed’s strength: right-arm off spin. When pace was introduced, the scoring dried up again, and the Gladiators ended up with a total that looked significantly below par.