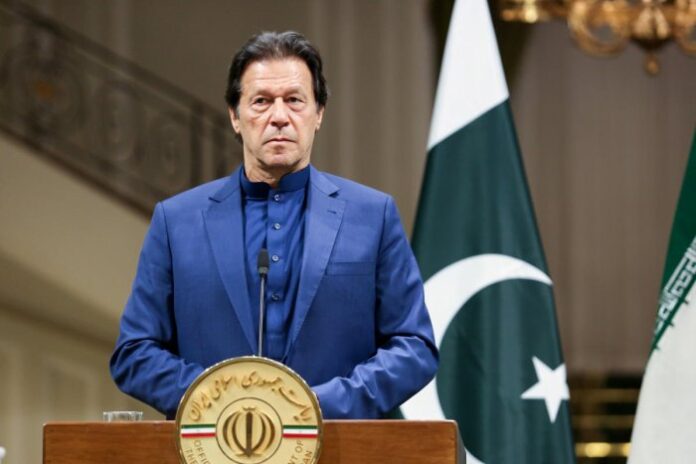 ISLAMABAD: All preparations have been made as the National Assembly (NA) and four provincial assemblies are set to go for Senate elections.

A day before the Senate elections, the ruling coalition looked comfortably placed to secure majority seats in the polls due today.

Prime Minister Imran Khan appears optimistic as things seemed to be under control after the premier met with the party’s lawmakers and hosted luncheon for members of the federal cabinet and coalition partners leaders.

The PM told his colleagues that the opposition parties were using “every tactic” to win the Senate elections, and therefore, he was in favour of open voting to ensure transparent elections.

“How do I deal with corrupt people? The judiciary also knows that votes are sold. I didn’t join hands with the opposition due to their corruption,” maintained the premier during the luncheon.

Speaking to the lawmakers, PM Imran said that if PTI wins Senate elections, they will have a stronger voice and better say in legislation.

The PTI members rejected Pakistan People’s Party (PPP) senior leader and joint candidate for the Pakistan Democratic Movement (PDM) Yousaf Raza Gilani’s letter and wrote a reply, which was signed by all.

Addressing the attendees, PM Imran said that the government’s competition was against political thieves and victory will be of the ruling coalition. He was reportedly in a good mood during the luncheon.

He also met PTI members of the NA separately at the Parliament House. The meeting was also attended by Punjab Chief Minister Sardar Usman Bazdar and Federal Minister for Finance Shaikh, the PTI candidate in the Senate elections from Islamabad.

According to sources, Prime Minister Imran said that the ruling party will win despite the corrupt practices of the opposition.

“Our members are being contacted and lured for votes but we are united. We will solve the problems raised by the people’s representatives. That is why for the first time more development projects are being given to the backward areas, because the priority of our government is the common man and the backward areas,” he said.

“We have been successful in every crisis. The cause of the economic crisis is a debt-ridden country,” he added.

Minister for Science and Technology Fawad Chaudhry, while addressing a press conference, said that we have 181 marks so far and expressed hope that the total number will increase further, so both Shaikh and Fauzia win the election.

All the coalition parties of the government have announced their support for Shaikh, including PML-Q, MQM and GDA.

“March 3 would be a historic day. PTI will get a majority in the senate. We want to end the use of money in elections. The members should represent their constituencies in a democratic way. We are all holding each other’s hand because our leadership is honest. The real problems are faced by the people that we will solve,” the Senate hopeful said.

Aminul Haq of MQM said that the PPP has tried to lure its members, but all the lawmakers and party workers are united as allies of the federal government.

GDA leader Fahima Mirza concurred that all the allied parties are united. The GDA is the coalition partner of the government, she added.

PML-Q leader Tariq Bashir Cheema asserted that victory will be for Shaikh.

According to the party’s position, the ruling party and its allies currently have 181 members while the opposition has 160 members.

The NA consists of 342 members. The PTI has 157 out of 341 members while MQM has seven members, PML-Q has five, BAP has five, GDA has three and Awami Muslim League (AML) and the JWP have one seat each.

The opposition has 160 members, including 83 from the Pakistan Muslim League-Nawaz (PML-N), 55 from PPP parliamentarians, 15 from Muttahida Majlis-e-Amal, four from Balochistan National Party (BNP), one from ANP and two independents.

Per the numbers game, Shaikh has a 21-vote lead over Gillani as the election is to be held by secret ballot, so it is being speculated that a surprise may be found in the Islamabad seat.

During a press conference in Quetta in the presence of Chief Minister Jam Kamal Khan and his father Sardar Yar Muhammad Rind, Sardar Khan Rind announced his withdrawal from the Senate elections.

“I realised that the opposition will be benefiting from my contesting the elections. Hence, I decided to withdraw,” he added.

Balochistan CM Jam Kamal Khan termed the decision of Sardar Khan Rind as a major political step and said that his decision would further strengthen the coalition government in Balochistan.

He further said that Rind maintained the traditions of Balochistan today and the parties in the government would fully participate in today’s Senate elections.

Khan also said that our aim was not to take advantage of the opposition in the Senate elections.