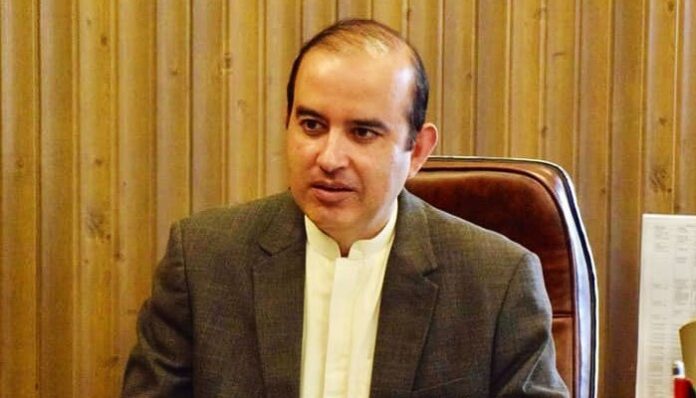 PESHAWAR: Khyber Pakhtunkhwa (KP) Chief Minister Mahmood Khan on Wednesday accepted the resignation letter of provincial Law Minister Sultan Muhammad Khan, a day after he stepped down from the cabinet post over his appearance in a controversial video leaked on social media.

Kamran Bangash, special assistant to chief minister on information, said that the video will be investigated thoroughly and the “truth will make its way forth”.

A two-minute-long video featuring six former lawmakers of the KP Assembly who served from 2013 to 2018, including Khan, receiving money in exchange for votes ahead of the 2018 Senate elections had surfaced on Tuesday.

The video reveals how the loyalty of around 20 lawmakers of the ruling Pakistan Tehreek-e-Insaf (PTI) had been changed while the majority of lawmakers of Qaumi Watan Party (QWP) had also allegedly sold their votes due to horse-trading during the Senate elections.

While Imran had removed 20 party lawmakers from the party after holding a thorough investigation, no other party had taken action against their lawmakers.

Following the emergence of the video, Chief Minister Khan sent out a tweet, reading: “I’ve asked Law Minister Sultan Khan to step aside [and] resign […] to clear his name.”

As Chief Executive of KP, I’ve asked Law Minister Sultan Khan to step aside & resign, due to his alleged appearance in a video released on social media , to clear his name.
We will ,as per vision of PM, uphold highest standards of accountability & transparency in this province.

“We will, as per [the] vision of PM, uphold [the] highest standards of accountability [and] transparency in this province.”

Minutes after Khan posted the tweet, the now-former minister tendered his resignation, addressed to the chief minister, which was also shared by the former on Twitter.

The letter said: “It was my moral duty and obligation to withdraw from the cabinet and offer my resignation”.

He also expressed the hope that “justice will be done” and that he would be able to clear his name.